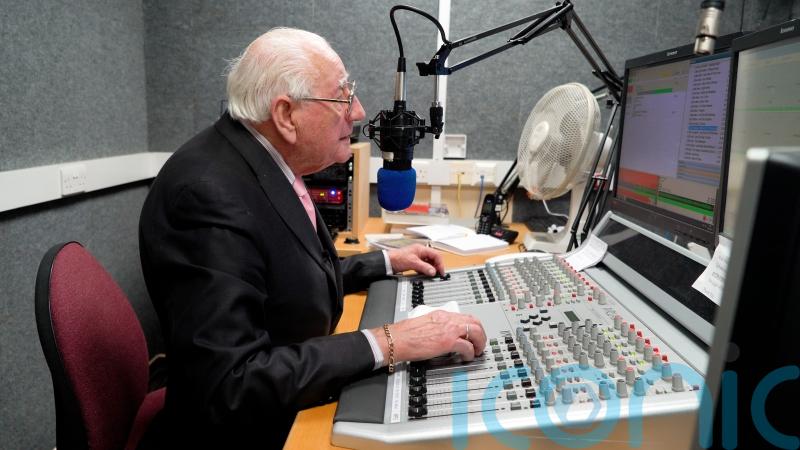 One of the oldest DJs in Britain (originally from Co Kildare) is still broadcasting at the age of 91 and has said he has “no intention of stopping”.

Patrick Murphy, based in West Yorkshire, has had a twice-weekly show at his local hospital radio station for the past decade after he “got bored” with retirement.

“In 2012, I was a bit bored and I saw a story in the paper advertising for new DJs to help run programmes at hospital radio,” he said.

“I thought ‘That’s just the job for me’ so I went down to the station, had an interview, got the gig and have been there ever since.

“I absolutely love my time there… it keeps me young.” 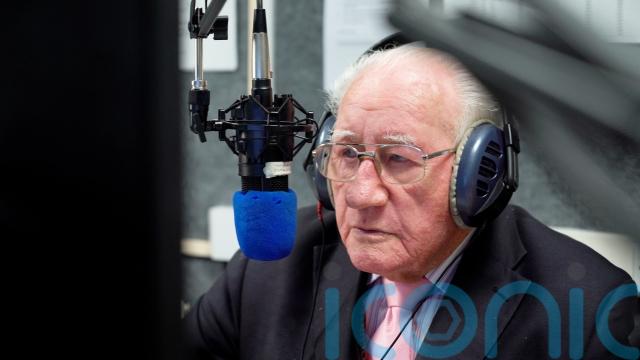 Mr Murphy broadcasts on St Luke’s Sound Hospital Radio every Wednesday and Thursday, from 9am to midday.

He said it helps get him out of the house and he enjoys the “buzz around the hospital”.

“Hospital radio is an essential service, in my view. (It) means everything to me,” he said.

“There’s been too much misery recently in the world… For two mornings a week I am pleasing people and bringing them joy so what’s not to like about that?”

Mr Murphy, who is originally from the Curragh in Co Kildare, came to London in 1945 for work, before moving to Bradford where he was in the engineering trade from 1951 until he retired in 1995.

The pensioner has “always loved music” and used to go ballroom dancing with his wife Doris at the Station Hotel in Clayton Road, Bradford, every weekend in the 1960s.

It was around that time that he first tried his hand at DJing after getting “fed up” with the same songs being played.

He said: “I turned to a friend one day and said ‘If I can’t change the music, I might as well start DJing as I could do a better job myself’, and that’s where it started.

His show covers “anything and everything”, from Ministry of Sound to reggae, baseline and ballroom, as long as it “gets people up and dancing”.

But there are certain songs that he steers away from, including anything that mentions death or heaven.

“I like to play music to get people’s toes tapping and smiles to their faces,” he said.

David Rathmell, secretary for St Luke’s Sound Hospital Radio, said: “Always smiling, Patrick insists on only playing upbeat, happy music because, as he says, that’s what the patients in a hospital want to hear.

“If you’re in the company of Patrick, you’re with a jovial Irishman, always with a joke to tell. Long may he continue broadcasting with us.”