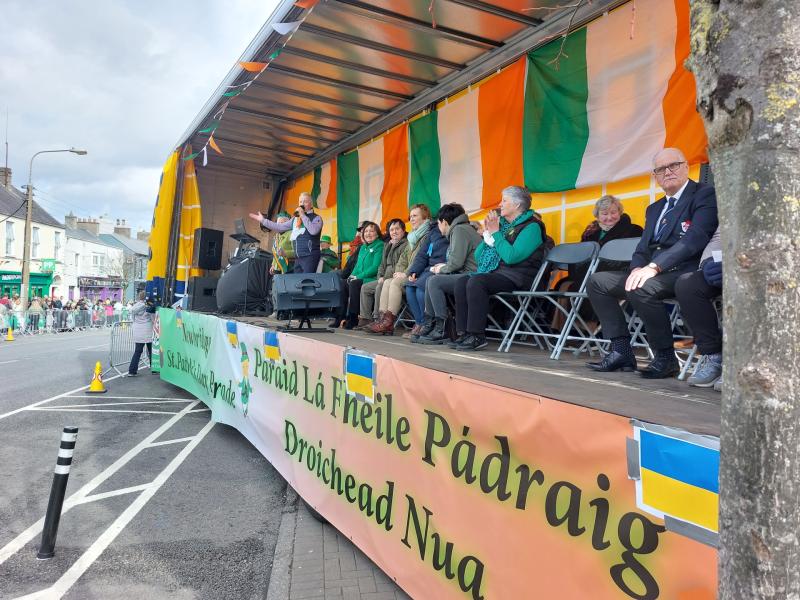 After two years of lockdown, the people of Newbridge got to finally let themselves get lost in a tidal wave of celebration which was felt all throughout the town this St Patrick's Day.

A large number of organisations and clubs were in attendance at the annual parade, which kicked off at 12 midday and was watched a huge crowd.

Some of those taking part included: Sarsfields and Moorefields GAA clubs, Nio Taekwon-Do club, the Kildare Ploughing Association, the Kildare Filipino Community, the Leah Moran Stage School, the Stage Academy of Newbridge and members of the Defence Forces and the Organisation of National Ex-Service Personnel, otherwise known as ONE.

WATCH: Kildare turns out for first parades in two years 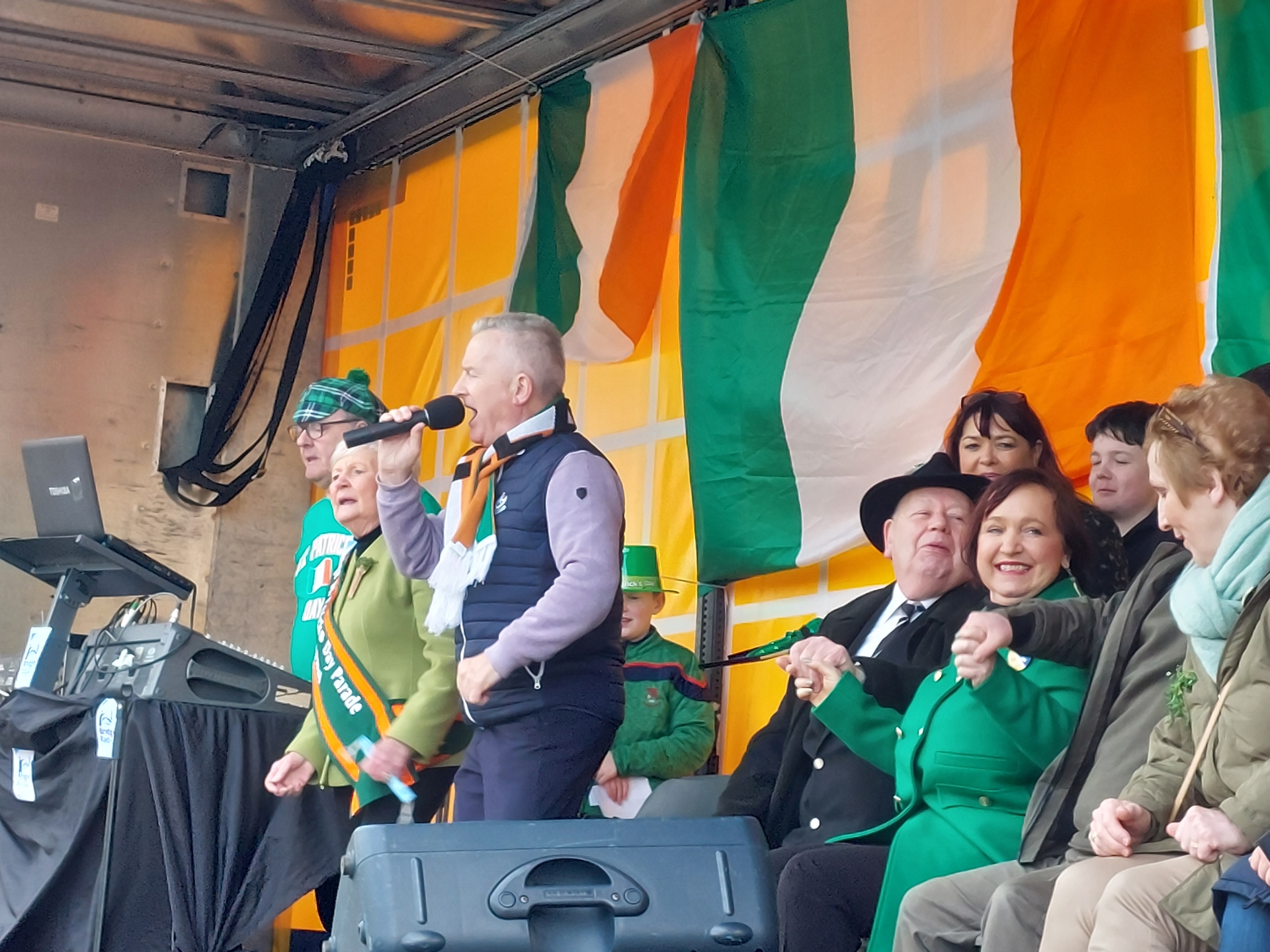 Newbridge’s own Johnny Peters also sang a few tunes to entertain the crowd at around 1.30pm, and also took time out of his performance to thank former Newbridge Parish News and Views newsletter editor Breda Reid, who has taken in a Ukrainian family.

Teresa Harrison acted as the Grand Marshall of the Parade, while Brenda Donohoe was the Master of Ceremonies.

Commenting ahead of the parade, a member of ONE, William Lawlor, said: "We take part in the parade every year, and it’s nice to be able to come out again, out of the pandemic after two years." 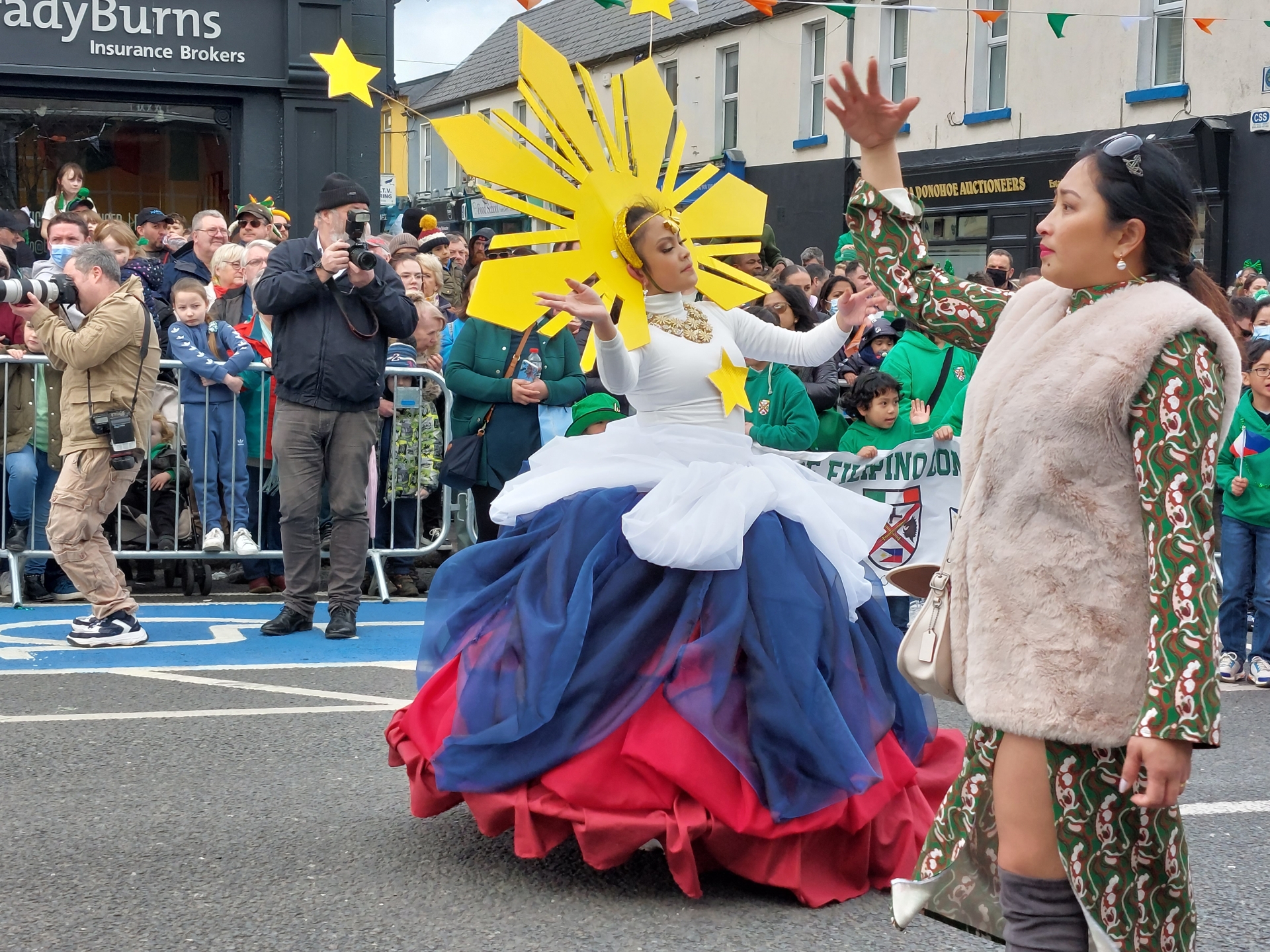 Aina Dugenio Conway of the Kildare Filipino Community also expressed her excitement ahead the parade, telling the Leader: "We are super excited for the parade; it’s so important to feel part of the community, Kildare feels like home away from home, we all treat each other like family."

A member of An Garda Síochana at the parade, Michael Donlan, added that he was 'glad to see the community back on the street again.'

The citizens of Ukraine in County Kildare were also held in a particularly high regard this year, with many groups wearing various yellow and blue garments, in addition to different vehicles flying the Ukrainian flag.

One participant with the Ploughing Association, Dominic Dunne, explained the importance of standing in solidarity with Ukraine: “The Irish people understand what they’re going through. St Patrick’s Day is usually a bit of fun, but this year it’s a bit more serious (for this reason)... we have to show them that we care about them.” 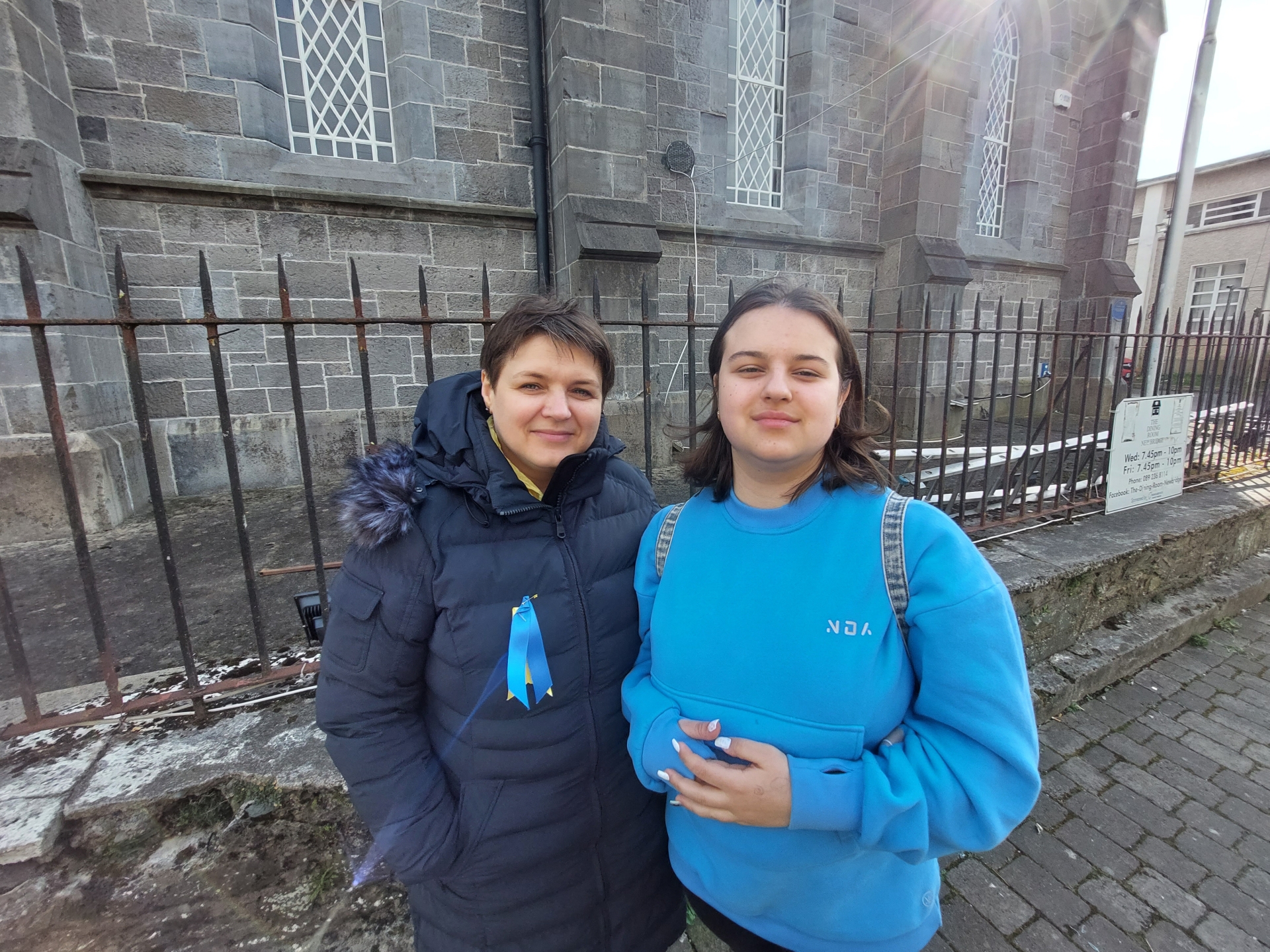 A member of the Ukrainian community, Zoryana Pshyk, who is also the chairperson of Kildare Integration Network, took to the main stage near the Town Hall, where she thanked the Newbridge community for their generosity.

Reflecting on the parade after it ended, Miriam Hughes, the mother of musician Alex, said: "It was fantastic and great to see live parades back.

"Everyone was in great form in the crowds, and it was amazing to see the sun shine." 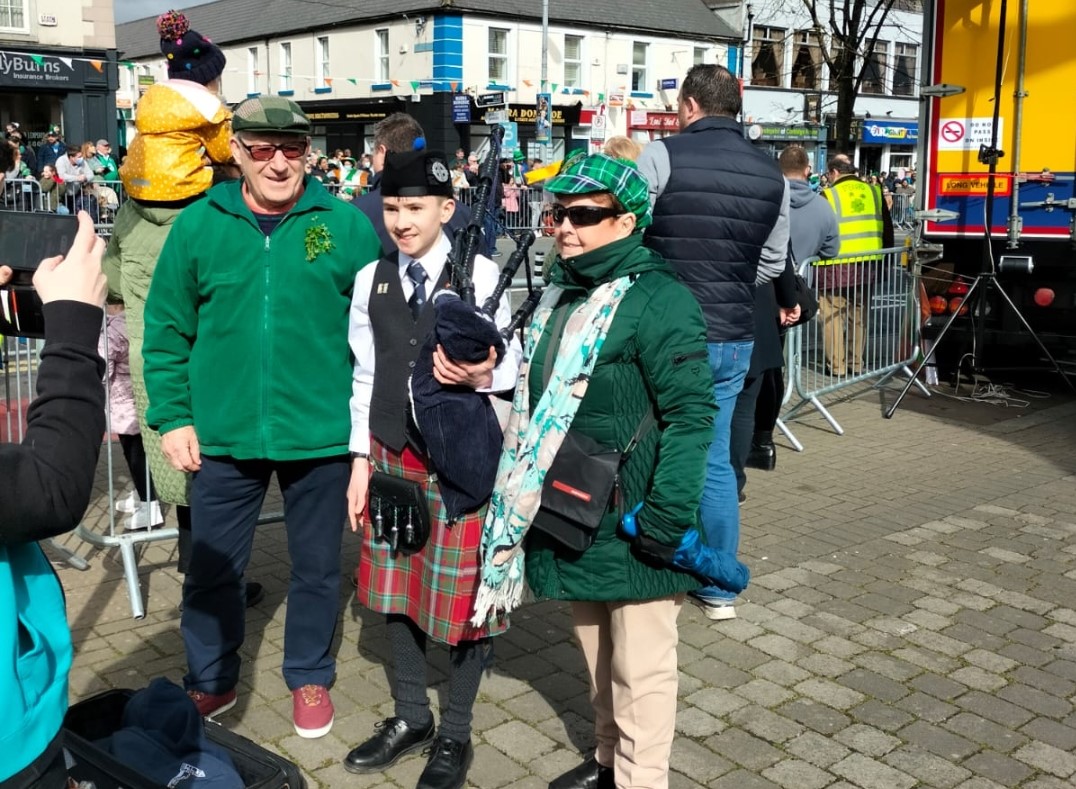 With representation from all across the town and the numerous different cultures that reside within it, it truly felt like a wave of pure, patriotic pride was felt throughout Newbridge town.