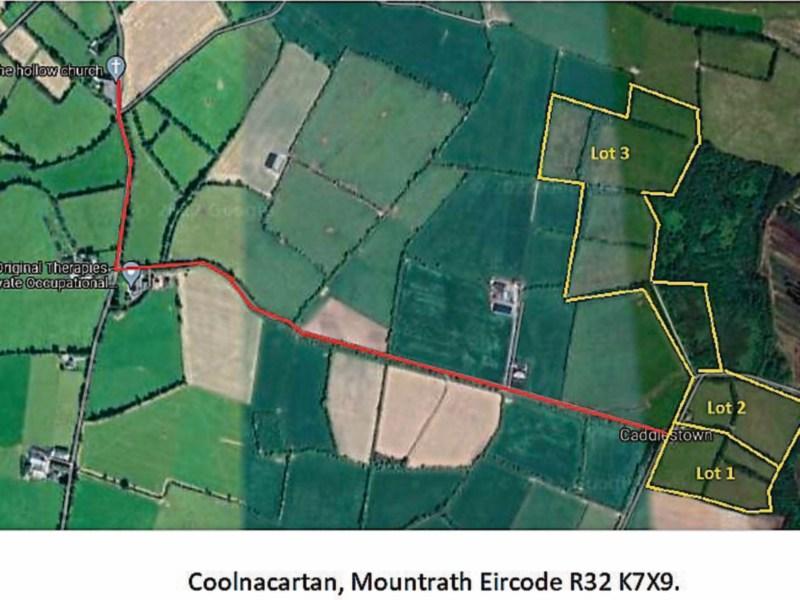 Matt Dunne Auctioneer reported a few weeks ago he was instructed to sell the late John Rafter’s estate — namely a derelict cottage on 42.5 acres at Coolnacartan, Mountrath, Co Laois.

John Rafter was a noted diviner in the area and it now appears his final divinity was not water but gold!

Matt offered the property in four lots, after two rounds of bidding.

Matt was then asked to put Lot 1 and Lot 2 together, ie, a derelict cottage on 16 acres and this is when the auction really took off!

Two bidders chased for 12 bids before the hammer eventually fell at €282,000 to a local buyer with equine interest.

Attention then turned to Lot 3, the 25 acres, which was then chased by a local adjoining farmer and a couple from nearby Ballyroan (with a stud farm).

All in all, it was a fantastic success for the Rafter family which was represented by the late man’s brother Christy Rafter on the day.

Matt Dunne reports he has many under bidders urgently seeking land in the Laois Offaly area.