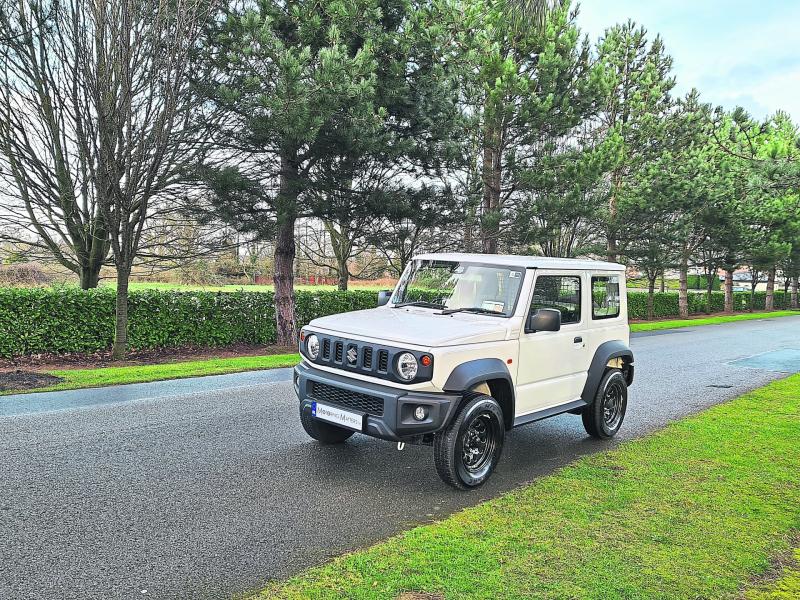 Suzuki has introduced its two-seater Light Commercial Vehicle (LCV) version of its small and lightweight Jimny off-roader to the Republic of Ireland and it will be available in very limited numbers.

The new Suzuki Jimny arrived in Europe in 2018, but it wasn’t offered for sale in the Irish market at the time. Unfortunately, the Jimny fell foul of European emissions regulations, so sales stopped almost as soon as they started.
Now, Suzuki is selling the Jimny LCV due to less stringent emissions legislation that commercial vehicles must meet.

Flat Cargo Area
The Jimny’s two back seats have been replaced by a flat cargo area that has a capacity of 863-litres and a payload of 150kg. The space on offer won’t be big enough for many, but it is sure to appeal to a certain audience who will appreciate the fact that the Jimny is one of the best compact off-roaders on the market right now. The only addition inside the Jimny Commercial is a steel mesh partition to prevent items falling forward into the cabin.

One Spec Grade
The Jimny LCV is available in one specification grade which includes air conditioning, All Grip Pro selectable 4WD with low transfer gear, DAB radio, electric windows, remote central locking, and cruise control with speed limiter.
Externally, the chunky styling of the Jimny remains as appealing as ever, with black wheel arch extensions and black steel wheels providing a rugged look. Additionally, a full size spare wheel is located on the rear door, with a black plastic cover for a smooth appearance.

For enhanced peace of mind when driving both on and off-road, the LCV model comes equipped with a high level of safety features including Dual Sensor Brake Support (DSBS) which employs automatic brake to help avoid a collision, and hill hold and descent control that support driving on slopes.
In addition, eCall (an emergency messaging function following a collision) is also available as standard equipment.

Test Vehicle
The Suzuki Jimny Commercial I had on test was finished in white paintwork which highlighted the contrasting black cladding on the wheel arches to great effect. Powering the Jimny LCV is a 1.5-litre four-cylinder petrol engine which is mated to a five-speed manual gearbox with relatively short ratios, while a second lever selects between 2WD, 4WD or low range for tougher off-road conditions.

The short gearing means it is noisy at higher speeds. Driving around an urban environment is a relatively fuss-free and serene experience, but a considerable amount of engine noise is present at motorway speeds.
The Jimny adapts to every situation, featuring a part time 4WD system with low range transfer gear. Drivers can shift the lever to the 4L mode (4WD — low gear) when the going gets tough for maximum torque and better traction on steep slopes and rough terrain.

The naturally-aspirated petrol engine in the Jimny produces 100bhp and 130Nm of torque, and can achieve a top speed of 145km/h. Suzuki quote an official WLTP combined driving cycle fuel consumption figure as low as 6.8l/100km and that is not far off the 7.3l/100km I achieved in real world driving.

Interested? Act Now!
The new Suzuki Jimny Commercial is priced at €20,995 (including Commercial Vehicle VRT) with optional single-tone metallic paint available at €370 and dual-tone metallic at €750.
However, due to an extremely limited number of new Jimny Commercial vehicles coming to Ireland, interested buyers must act without delay.
A three-year/100,000km warranty comes a standard with the vehicle.