Kildare rugby: Naas well up for the battle but fall short to relieved Shannon 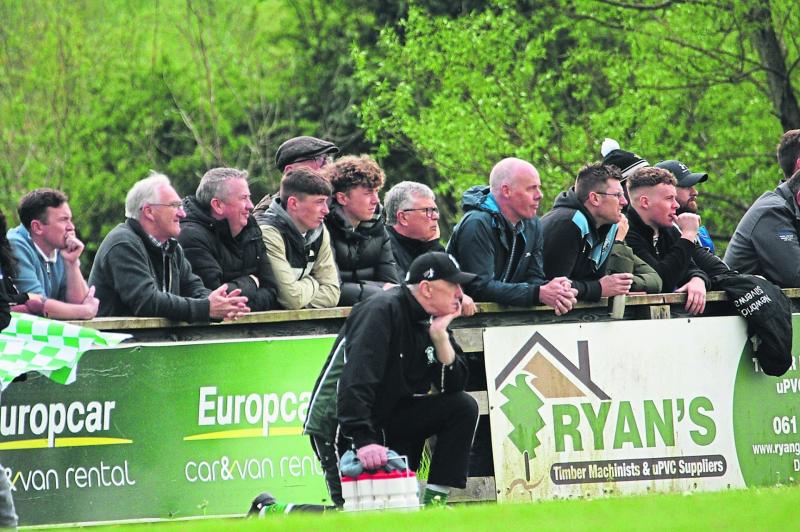 Supporters watch on the sidelines as Naas took on Shannon at Shannon RFC. Pictures: Sinead Kiely

Shannon booked their place in Division 1A of the Energia All-Ireland League last Saturday when overcoming the stern challenge of Naas in the Division 1B play-off final. This fixture drew one of the biggest attendances at a league game in recent years, with a large, vocal travelling support helping to create a tremendous atmosphere at the Limerick venue.

The early exchanges were dominated by the home side. Their physicality and direct running caused problems for Naas, and it was no surprise when they took the lead with the opening try on 14 minutes.

This followed a long period of Shannon pressure where big carries by the likes of Lee Nicholas, Conor Glynn and Luke Rigney were met with some shuddering tackles by the Naas men. However this relentless attack continued and finally David Maher was able to crash over from close range with Jake Flannery adding the conversion to give Shannon a 7-0 lead.

Naas had the misfortune to lose both Sam Cahill and Pat O’Flaherty to injury by the 25th minute mark, but the likes of Will O’Brien and Ryan Casey caused plenty of problems for Shannon with their ability to steal ball at ruck time.

However, the next scoring chance came to the home side after 28 minutes when the referee Peter Martin penalised Naas for wheeling a scrum.

Although Jake Flannery missed this opportunity, he made up for this four minutes later when successful with another penalty attempt which was awarded for a high tackle.

Naas suffered a huge blow after 37 minutes. Following a fine take in the line-out by Cillian Dempsey on the half-way line, Ryan Casey carried with purpose into the Shannon half. The ball was quickly recycled, but the following pass by scrum-half Tim Murphy was intercepted by Jake Flannery who raced clear to score under the posts.

The general feeling was the Shannon player was in an offside position when he received the ball but the referee was happy, which is all that counts. Flannery converted his own try to extend the Shannon lead to 17 points.

However, Naas did respond before the half-time whistle. Shannon were penalised for hands in a ruck and from 40 yards out Peter Osborne made no mistake with his penalty attempt to leave the score at the break 17-3 in favour of Shannon.

The task facing Naas was emphasised at the start of the second-half when Shannon were able to spring the likes of Declan Moore and Daniel Okeke. Replacement hooker Moore scored for Ulster in their victory over Connacht last February, while Okeke played for Munster in their Champions Cup win over Wasps earlier this season.

Having players of their calibre on the bench showed the depth of this Shannon squad. But Naas have responded to challenges all season and they again showed that they were up for the battle here.

Within six minutes of the restart they got their first try of the afternoon. Fionn Higgins gathered a Shannon kick on his own 22 and put in a massive kick that was fielded by Jack Flannery.

The Shannon player attempted to clear his lines but he did not count on Higgins sprinting 50 yards to block down his kick. The Naas man then composed himself to gather the loose ball and race clear to score. Although Peter Osborne narrowly missed the conversion, the visitors were right back in the game at 17-8. 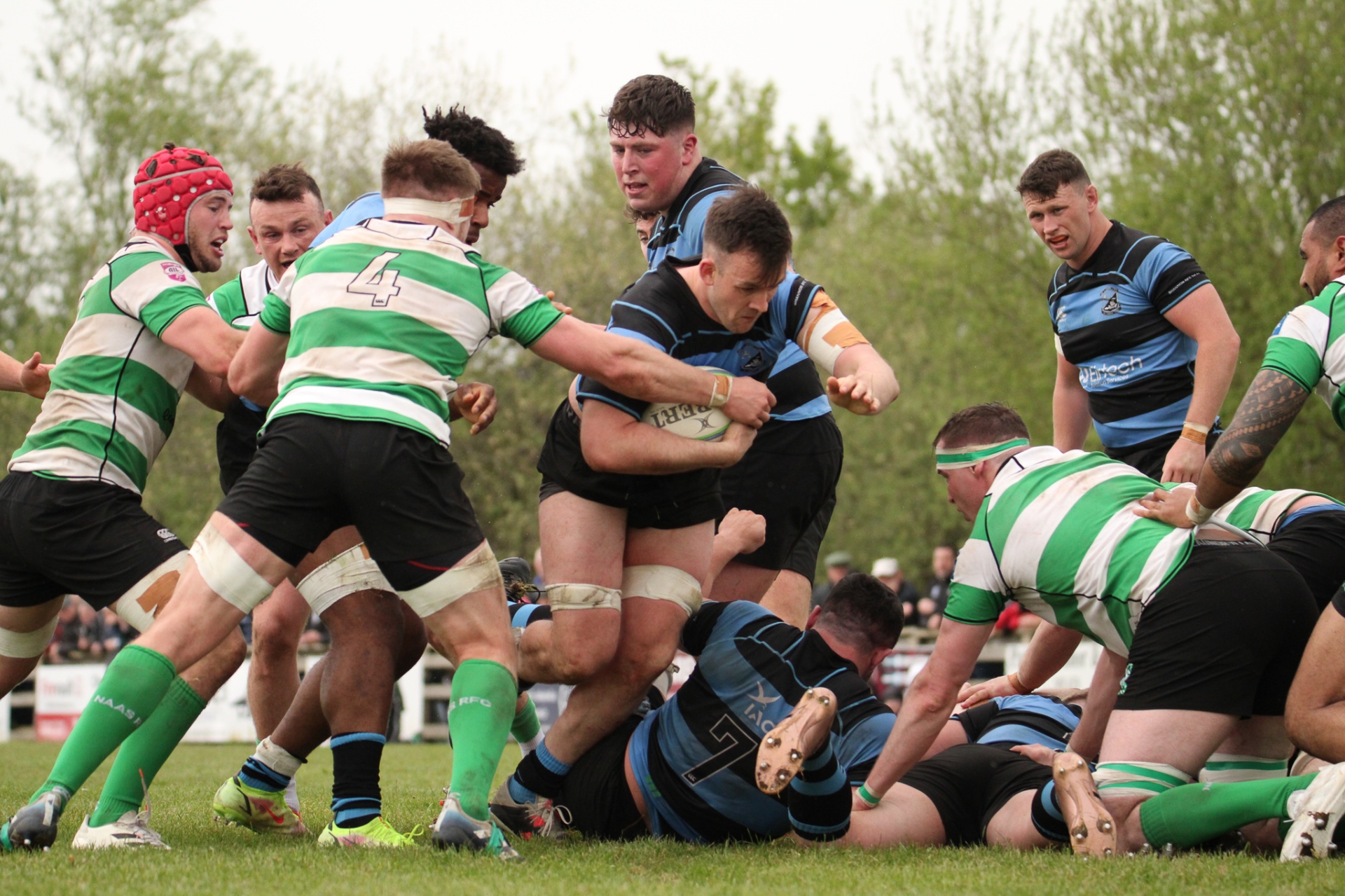 But Shannon then showed their class and extended their lead on 59 minutes. When Naas were penalised for not rolling away at a ruck, Jake Flannery kicked to touch and brought play up to the 22. Ronan Coffey won the line-out and Shannon set up a driving maul that was stopped just short of the line.

The home side remained patient and went through a series of phases before being awarded another penalty for not releasing which Flannery kicked over to widen the lead to 12 points. This was followed by another successful penalty by Flannery on 62 minutes, and the game was ended as a contest on 71 minutes. Following a scrum on half-way a sweeping move by the Shannon backs saw Alan Flannery almost get in for a try before being hauled down by Conor Halpenny.

The ball was recycled and moved out to right where Joshua Costello got in at the corner for a fine try. Jake Flannery added the conversion and the home side now led by 30-8.

However, this Naas side never stop trying and they were rewarded with a second try with two minutes remaining.

A Shannon kick through was blocked by Craig Ronaldson, Gary Kavanagh then fly kicked the ball up the pitch before showing tremendous skill to gather it and score. Peter Osborne slotted the conversion to make the score 30-15 in favour of Shannon.

This brought the scoring to a conclusion and the celebrations at the end of the game by Shannon just showed their joy and relief at getting over the Naas challenge. 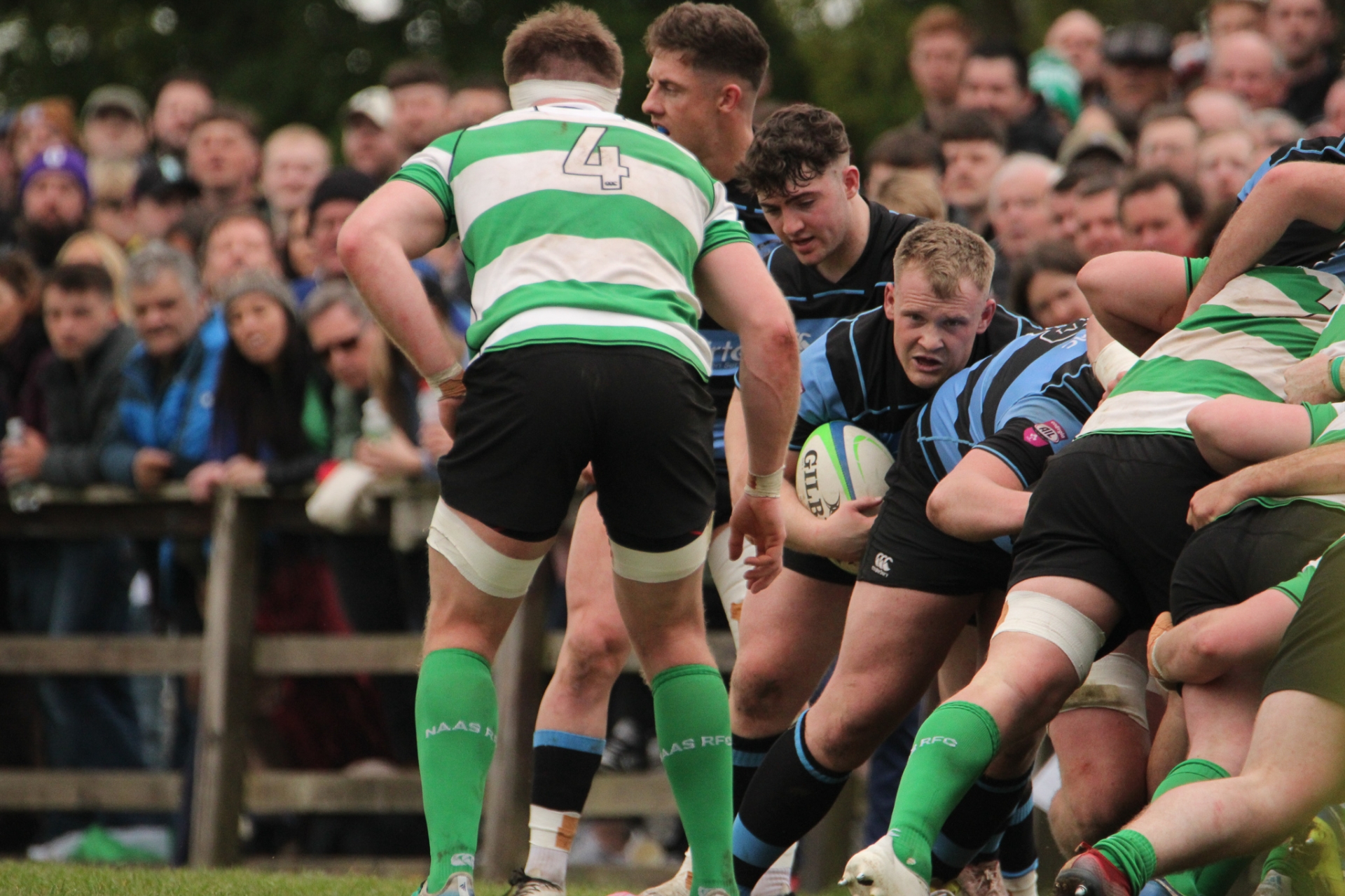 So the season comes to an end for Naas and what a campaign it was. The standard of the rugby they played was of the highest quality throughout and they finished second in what was an ultra competitive and high class division.

From everyone connected with Naas Rugby Club a big thank you to all the players and management committee involved.

Roll on next year.