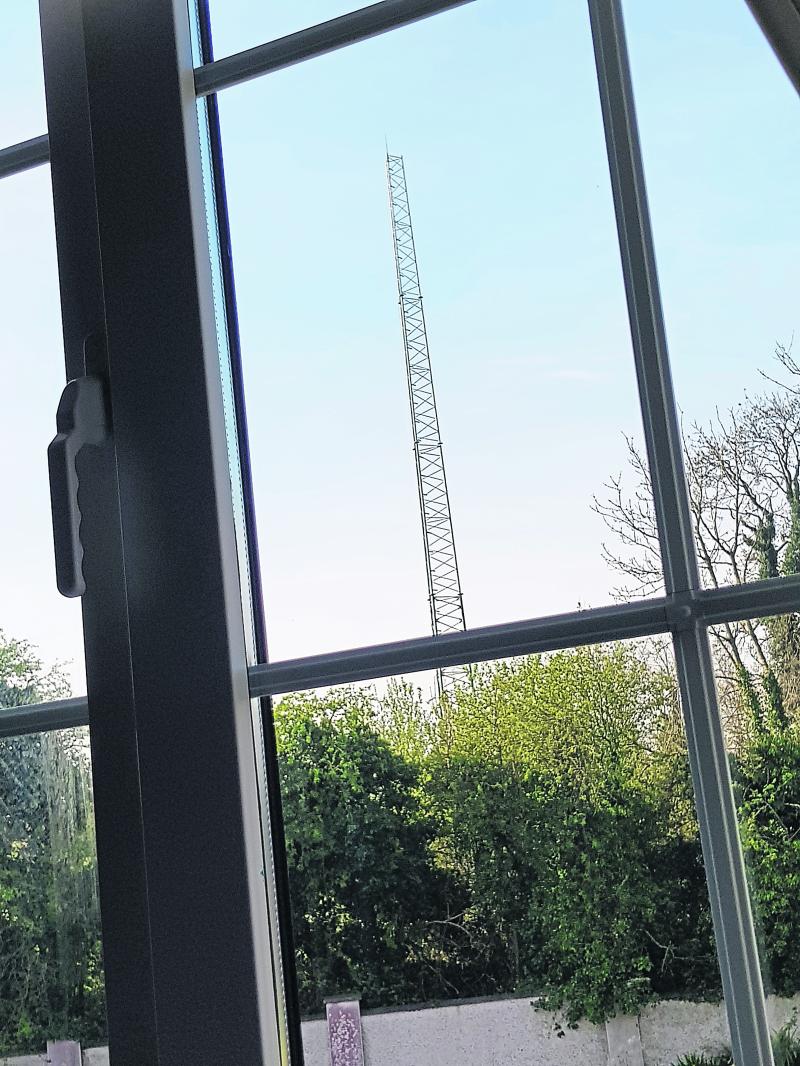 Irish Rail has insisted that officials are liaising with local residents about 30m masts being erected in their neighbourhoods.

Residents in Caragh village and the Dunmurry Drive area of Kildare town who contacted the Leader said the structures have sprung up almost overnight and they claim there was no local consultation.

A spokesperson for Irish Rail told the Leader: “We are erecting masts at various locations across our network.

“These masts are essential to train operations and communications.

“Our Community Liaison Officer has been communicating the construction schedule to communities adjacent to the railway and also responding to queries.

A resident in Dunmurry Drive area of Kildare town, Adam Donohoe, can see a newly-erected mast from his front window.

He told the Leader: “There were no notifications were given to residents.

“Irish Rail usually notify us of works, but the fact that there were no notifications this time, and it was erected overnight right before the bank holiday weekend, shows that they knew this would be opposed by residents.

“If it has occurred already in two locations, it could occur anywhere else soon.”

The erection of the mast in Caragh village has been raised with Irish Rail by the mayor of the local Municipal District Cllr Rob Power, Caragh Tidy Towns and Cllr Peggy O’Dwyer.

Iarnród Eireann said in a statement that the radio masts are critical to allow secure communication between staff and a control centre in Dublin.

It added: “Iarnród Eireann’s existing train radio system dates from the early 1980s and is obsolete. This system provides for vital safety-critical communications between train drivers and signalmen located at our Centralised Traffic Control (CTC) Centre at Connolly Station.

“Continuous secure radio communications with train drivers is a prerequisite for CTC and essential for the safety and efficiency of rail operations. The provision of train radio is mandated by the Commission for Rail Regulation.

“This system is widely adopted by rail administrations throughout Europe.”