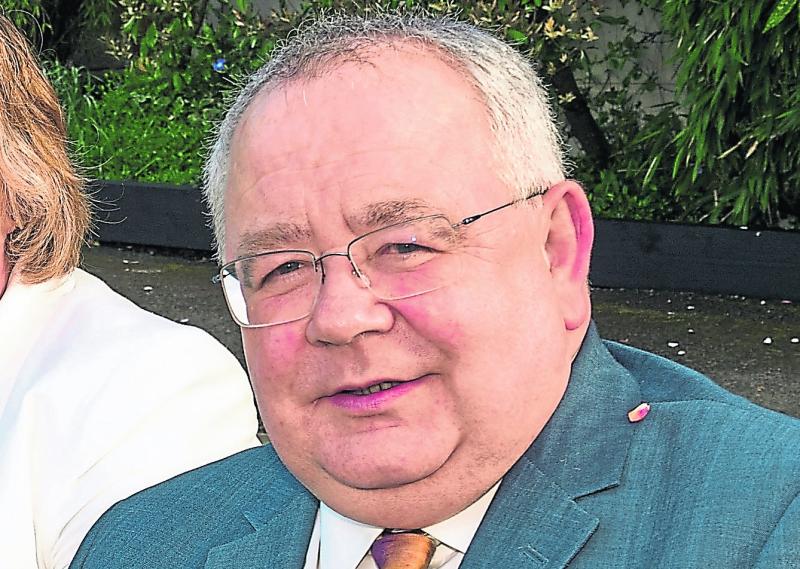 Kildare South TD and Ceann Comhairle of the Dáil, Seán Ó Fearghaíl, is to travel to Ukraine this week.

The TD will be joined by Cathaoirleach of the Seanad Mark Daly on the trip to Kyiv at the invitation of the speaker of the Ukrainian parliament, Ruslan Stefanchuk.

The politicians will travel to Poland where they will be met by Ukrainian security to escort them to Kyiv.

The Ceann Comhairle will have an opportunity to address the Ukranian parliament, the Rada.

The invitation is seen as a recognition of the exceptional welcome the people of Ireland have given to so many Ukrainian refugees.

The visit is also framed as an opportunity to support the Ukrainian government and to visit the locations where atrocities have taken place such as in Bucha and Irpin.

The Kildare TD said the visit is an opportunity for Ireland to demonstrate its support for the Ukrainian people, its government and its parliament Verkhovna Rada, which is continuing to function to spite difficult circumstances.

Speaking from his Kildare home last week, Mr Ó Fearghaíl told the Leader: “I will be using the visit to represent the Dáil and to pay tribute to the enormous bravery of the people of Ukraine.

“I will also be acknowledging the warm welcome being extended to displaced citizens coming to Ireland.

“I will also be calling on the Russian Duma parliament and the Russian people to denounce this war in Ukraine.”

He added: “It may be Vladimir Putin’s war but he has the imprimatur of the the Duma parliament and the support of the people.

“I will be calling on the people of Russia to show the same bravery as the people of Mariupol and other places who are under siege from the Russian army.

“It is time for the people of Russia to stand up and protest against this war and make their feelings known.

“Is it acceptable to them that the Russian army is bombing schools, hospitals and residential areas in their name?”

Mr Ó Fearghaíl and Mr Daly will join parliamentarians from one other country and representatives from an international organisation on the visit to Kyiv. 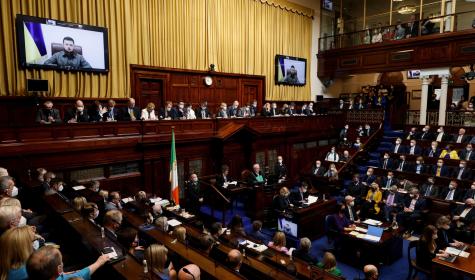 When Ukrainian leader Volodymyr Zelensky made a historic speech via video link to the Oireachtas on April 6, Mr Ó Fearghaíl said in his own remarks that the war in Ukraine was “barbaric and horrendous”.

Addressing Mr Zelensky, the Ceann Comhairle said: “As Ukrainian people continue to die, we must act. What we have seen in recent days and the extent of the barbaric actions visited upon the people of Ukraine is simply horrendous.

“We need international courts to give a transparent and fair reckoning for the bloodshed in these heinous crimes.”

Mr Ó Fearghaíl also saluted the personal bravery of Mr Zelensky over the past weeks and added: “We salute the outstanding bravery and resilience of the Ukrainian people in the face of unprovoked aggression.”

He added: “While Ireland is a militarily neutral country, we are not politically neutral. We do not stand idly by.

“We will not, as WB Yeats might have said, forsake the little streets hurled upon the great. We will continue to offer practical, on-the-ground support to our Ukrainian friends. We will also continue to welcome those forced to leave Ukraine seeking safety on foreign shores. Mr President, we Irish are aware of the pain of separation and the loss of our people to distant lands.

“At this challenging time, those forced to leave Ukraine are welcome here in Ireland.

“And they will be supported and assisted until such time as they are free to return to rebuild their damaged homeland, an exercise we will help you with.”