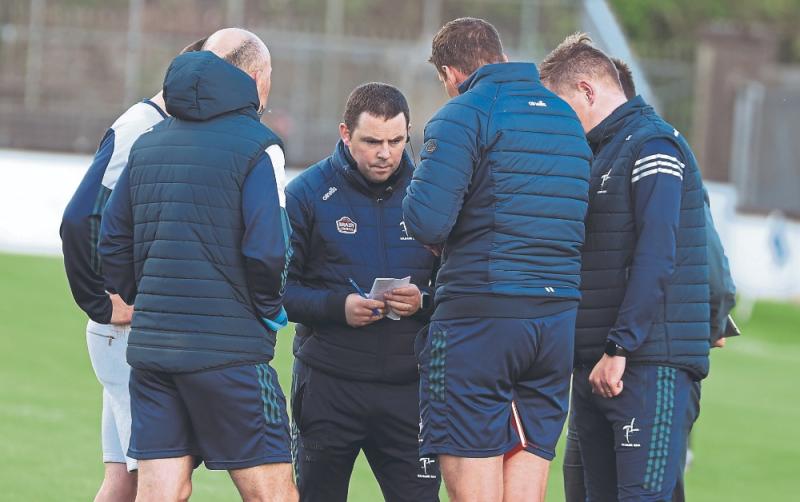 With the mad fixture congestion we are experiencing this season in the world of GAA, there is little time to rest on their laurels as Kildare minor footballers head to Portlaoise on Wednesday to take on Dublin in the Leinster final, 7.30 start.

It will be Kildare's sixth minor final in ten years, winning four, the last being in 2019 when they defeated Dublin, a Kildare team captained jointly by Kevin Eustace and Aaron Browne, winning on a score line of Kildare 2-21 Dublin 1-19 in a cracker.

Like the senior and U20 set-up this year, the Kildare backroom team include players who have given tremendous service to the county with Eamonn Callaghan, Hugh Lynch, along with James Devane involved while Mark Fitzharris is the S&C manager.

How to watch BOTH of Kildare's finals this week

Managed by Naas man, Niall Cronin, who has enjoyed great success managing his own club at both underage and senior level, as a group they have worked tremendously hard to mould an initial huge amount of players into a group of 34 or so into a side that has shown great improvement as they defeated Laois, Offaly, Meath and Wicklow on their way to Wednesday's final.

Opponents Dublin have also had some notable wins in this competition, along the way they have accounted for Westmeath, Laois and Louth before knocking out Offaly in the semi-final.

Kildare manager Cronin did not hide his pleasure as his side's display against Wicklow. “We had a three week break coming up against a side (Wicklow) with a bit of momentum, so a bit hard to plan, a bit of a worry, we were cautious, we played Wicklow earlier in the year and we knew they were well set-up, we had to work on that but not forgetting our own game, our targets but it was nice to get the performance we got against Wicklow and now we start to plan for Dublin.”

The manager admitted that “we have worked hard, the players knew what they needed to do, we were at home, a lot of expectation but we were playing a team that has won five games in this competition, including three wins in a row so we had to start well, something the players were aware of and having said that tonight's score line, as the score line against Offaly was not a true reflection of either Wicklow or Offaly, both are good tough sides but thankfully we came through to make the final.”

Kildare will go into Wednesday's game full of confidence, strong at the back; a hard working midfield but it is up front where they look more than decent with some excellent forwards.

Dublin, as ever, will not lack confidence and while they struggled early on against Offaly, without ever looking in trouble, they pulled clear as the game went on.

In recent times Kildare have gotten the better of Dublin at various underage levels so their is no fear factor that may have been there previously so we can look forward and travel with confidence on Wednesday evening.