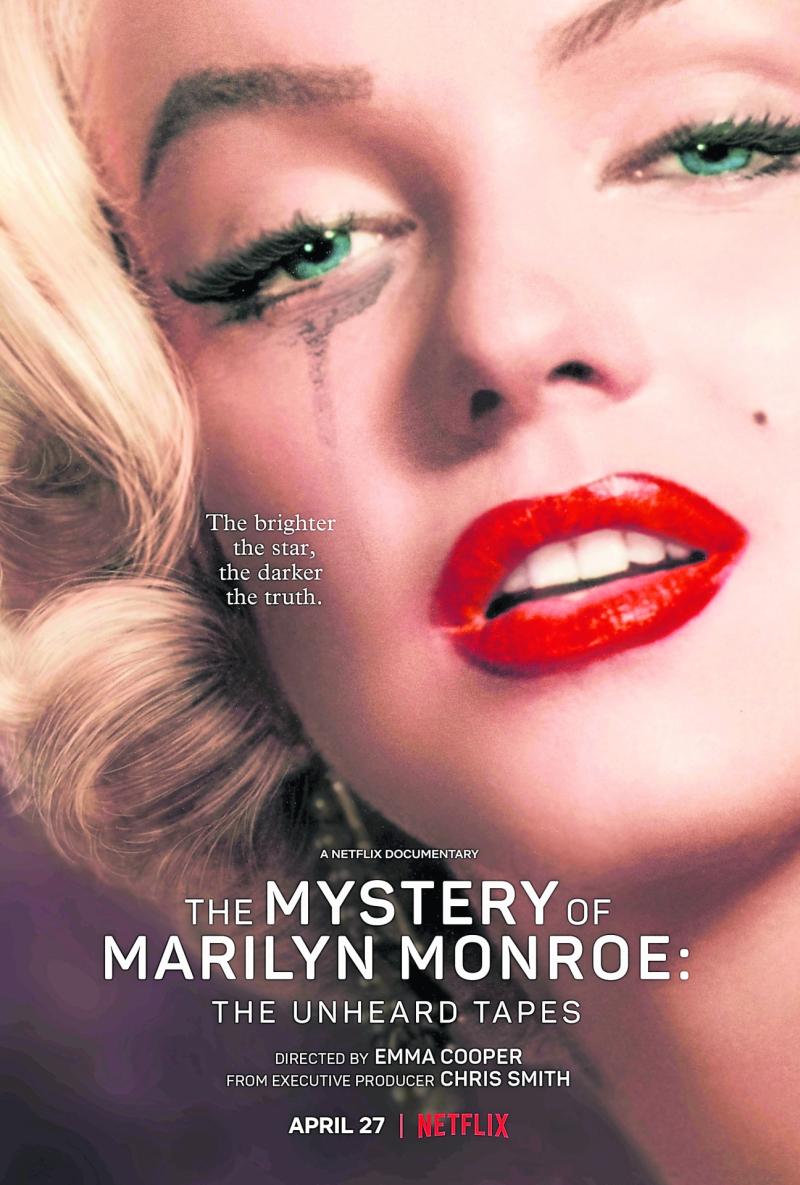 In a sign of the enduring fascination surrounding Marilyn Monroe, a portrait of her called Shot Sage Blue Marilyn by Andy Warhol recently sold for a cool $195m.

If you’re left wondering why her story is still relevant, the recently released Netflix show The Mystery of Marilyn Monroe: The Unheard Tapes is worth a watch. The tapes mentioned in the title are audio recordings made over three years by Anthony Summers, who is incidentally resident in Ireland.

Summers took it upon himself to speak to actors, private detectives and friends of Monroe, in an attempt to get to the bottom of what happened to the eponymous star. Was it a cover-up with government elements involved? Or was it a tragic overdose, as the authorities would have us believe?

Beginning with her sad upbringing as a ‘waif’ in a home for abandoned children, and proceeding through her failed marriages to Joe DiMaggio and Arthur Miller, what runs through this show is an overwhelming impression of somebody who always strove to educate and improve herself, but somehow couldn’t shrug off the stigma she felt followed her around. The Hollywood that is depicted is full of ghouls and sycophants, waiting to take advantage of starlets at every turn. Monroe managed to overcome these challenges, to become one of the most enduring icons of the twentieth century, and this says a lot about her.

Summers and the show’s director Emma Cooper highlight inconsistencies in the official narrative about how Monroe died and recount evidence about her entanglements with not just the US president but also his brother. This triumvirate (JFK, RFK and Marilyn) all died in circumstances which are still debated to this day. The documentary will serve, at the very least, to introduce their stories to a new generation.

It’s not easy trying to follow up a work of genius, but in Doctor Sleep (also recently released on Netflix), director Mike Flanagan tries to do just that. This is the sequel to The Shining, which was made by Stanley Kubrick after several heady and troubled months shooting the sumptuous Barry Lyndon in locations in Ireland and across Europe. The Shining originally received lukewarm reviews but went on to enter the popular zeitgeist and now is considered an all-time classic. No pressure then.

The plot follows the peripatetic wanderings of Danny Torrance (Ewan McGregor) and like so many of King’s stories, the action is set in small town America. Danny is the grown-up version of the boy in The Shining, and he is still traumatised by the experiences of his youth.

He eventually ends up in New Hampshire, joins AA and tries to get off the booze. Themes of addiction and redemption (no doubt close to King’s heart) loom large throughout the film.

The director himself has stated that whereas The Shining is about addiction, this film is about redemption. Throughout the movie, the viewer is left to wonder if the protagonist will turn out like his father (played by Jack Nicholson in the original) or if he can somehow make it out in one piece.

While Kubrick’s film made the most of suspense, atmospheric tension and ground-breaking Steadicam filming techniques, this is a much more conventional horror.

It is a bit convoluted in places, but McGregor’s performance is good and it’s a worthwhile follow up for anyone who wants to find out where the story goes but doesn’t have time to read the book.

Originally released in 2019, it is available to stream now on Netflix.