What's On column: Sneakerella is a modern take on Cinderella with a deeper message 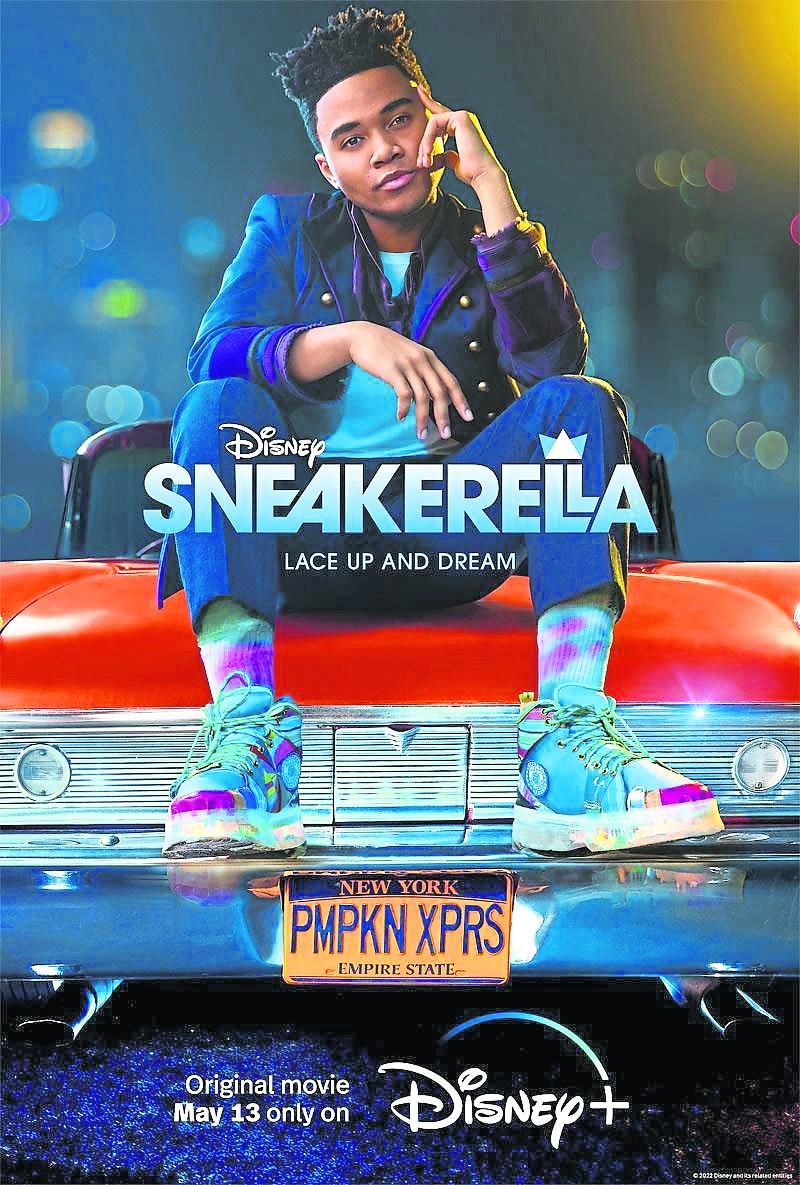 Sneakerella, recently released on Disney+, is a modern version of the classic Cinderella story. It’s a re-working of the fairytale that we all know, with a few significant modifications.

‘You can tell a lot about me by the way I wear my kicks’, says lead character El, as he dances along the pavement in the opening sequence of the film.

In this scene, there are a lot of nods to Michael Jackson’s Billie Jean, from the dance choreography to the camera emphasis on the footwear (his ‘kicks’).

The singing isn’t as good as Jackson’s, and neither is the dancing, but this is to be expected. The lip-syncing to the songs is out in a few places, which might irk eagle-eyed viewers.

In the movie, director Liz Allen inverts the conventional storyline, re-purposing it for Generation Z. Instead of the heroine of the original, the lead character El is played by a man (Chosen Jacobs).

His mother has passed away and he is living in Queens with his step-father and step-brothers. El is an ambitious and talented sneaker designer, who dreams of making it big, but is held back by his selfish and condescending family, who have no belief in his talents and abilities.

When his stepfather sees his designs, he remarks that they are just ‘doodles’ and his dreams are ‘nonsense’. El’s best friend Sami (Devyn Nekoda) will have none of this. She believes in him, and constantly tries to nudge him in the right direction.

Just when things are looking really bleak, El meets and falls for Kira King (Lexi Underwood). Fortunately for El, Kira’s father just happens to be the boss of a leading sneaker company. Constantly brow-beaten by his family, can he find it within himself to pitch his shoes to Kira’s father? With all that is going on around him, El is gripped by a paralysing imposter syndrome.

There’s a very real chance that he will never make the leap of faith required, and the plot hinges on this.

It is a musical, and one song in particular on the soundtrack particularly stands out.

Work Up is sung by Chosen Jacobs himself: ‘Time to manifest my destiny, just a little push to wake the beast’ the lyrics go.

The message is clear, it’s grand having talent and dreams, but you need to work hard at whatever it is you do, and not expect others to do it for you.

The genre of musical should be a sub-category of Marmite, because the very mention of the word is bound to divide opinion. Some people love them, others hate them and very few are in between.

On one level, this is a soft-focus, idealistic re-working of the classic fairytale replete with saccharine pop lyrics. At times, you would be forgiven for thinking that it is an infomercial for all the named sneaker brands mentioned in it.

This film has a lot more going on, however, if you dig a bit deeper. It’s as much A Tale of Two Cities as it is a modern fairytale. When all else falls apart for the main character, the multi-cultural community he lives in becomes his extended family.

With its overriding positivity and earnestness, this is not a film that is going to tax your brain cells too much.

Having said that, its messages of social mobility, diversity and inclusion are laudable.

Think of it as a nice excuse to bring the whole family together for a couple of hours. In these troubled times, there is absolutely nothing wrong with that.