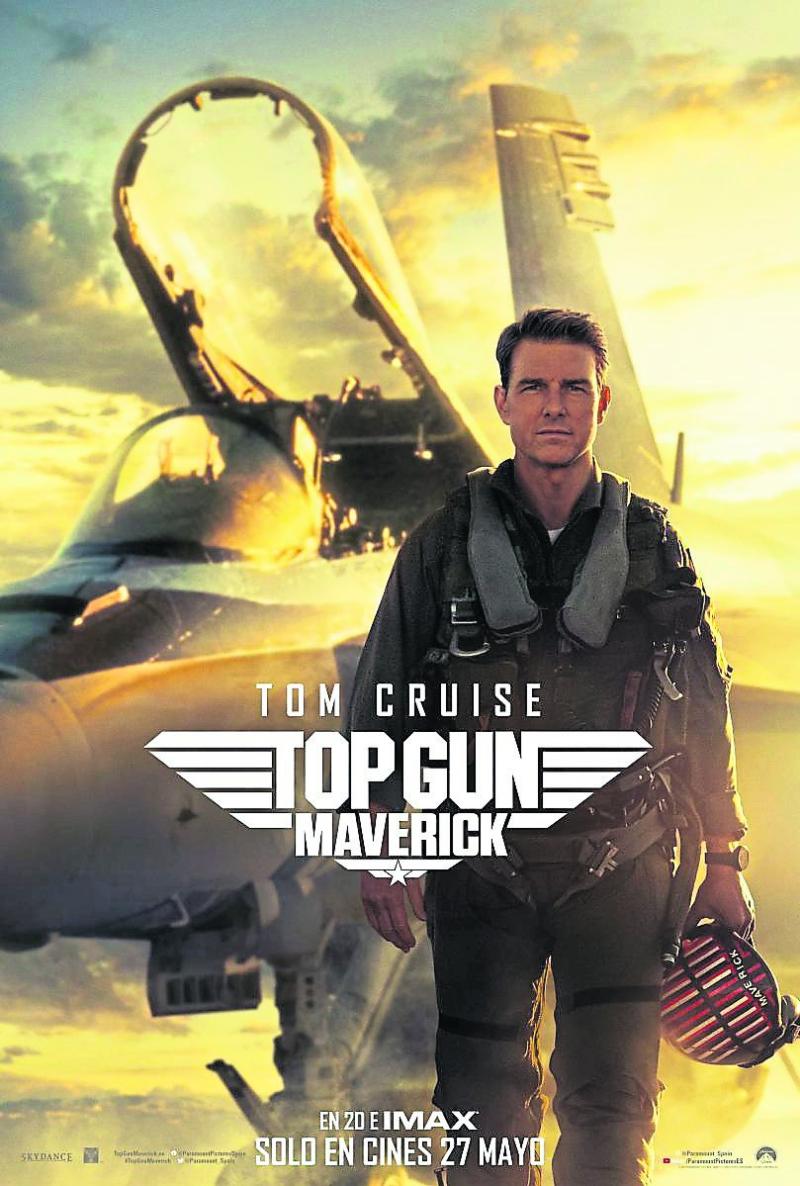 You can’t exactly say cinemas have been packed since they reopened after the lockdowns. As the mind wanders in the few quiet moments before the lights dim for the main feature, cinema-goers, looking at the empty seats around them, could be forgiven for imagining they had wandered onto the set of a Spaghetti Western.

Cue tumbleweed blowing down the aisles and Ennio Morricone mood-music in the background.

No better time, then, for Top Gun: Maverick to arrive, and coax viewers back en-masse to the big screen.

In this film, Tom Cruise’s character Captain Pete ‘Maverick’ Mitchell is still flying fighter jets. Whereas most of the other people in his life have moved on in their careers and personal lives, he is still doing what he loves but is arguably stuck in a rut.

Maverick is called back to flight school to train a group of hot shots for an almost impossible raid on a nuclear facility in an unnamed country. Given the current international upheaval, that fact that the ‘enemy’ nation goes unnamed is a wise decision on behalf of the writers.

Back in town to train his recruits for their ‘impossible’ mission, Maverick meets his old flame Penny (Jennifer Connelly). We get the sense that Cruise’s character has broken her heart before. One can presume this is his attempt to push people away, afraid of leaving anyone behind to pick up the pieces if he dies while doing his dangerous job.

It’s hard to believe that the original Top Gun was released way back in 1986. That film was responsible for transforming Cruise from an up-and-coming actor to international superstar. He has admitted that he wanted to make the sequel for a long time but was apprehensive. Of the challenges involved, Cruise has told interviewer Alex Zane: “I’ve got to teach the actors how to be fighter pilots and I’ve got to teach the fighter pilots how to be actors.” Wow.

The flight sequences in this film are absolutely brilliant. You really feel that you are in the plane with the pilots.

Cruise is a great adherent of ‘practical effects’ and this is what makes the action sequences in his films so realistic.

“This isn’t green-screen,” he said in the interview with Zane. He is an aviator and actually flies a lot of the jets himself. Kudos. Instead of relying on CGI, Cruise and his co-stars are in the cockpits themselves, doing the heavy lifting.

Perhaps surprisingly for an action film, one thread of the storyline deals with our attitudes to ageism.

Is Maverick too old to do his job properly? Are the creaky F-14 jets (the ones used in the original film) capable of mixing it up with the enemy’s modern fighters?

The message is clear: age will not get in the way of greatness. The nod to Tom Cruise’s doubters is also clear: he still has it.

Cruise went out of his way to get Val Kilmer to reprise his role of Tom ‘Iceman’ Kazansky in the film. Kilmer has been very sick over the last number of years and it is quite sad to see the main scene between him and Cruise, a poignant reminder of the former’s ailing health.

This is a good movie, not just a re-hash of the original. You could wait until it is available to stream, but Top Gun: Maverick is an event as much as a film release.

An immersive tour de force of American soft power: power-ballads, tight jeans, pearly-white smiles and of course Tom Cruise himself. For the real experience, catch it in the cinema while you still can.