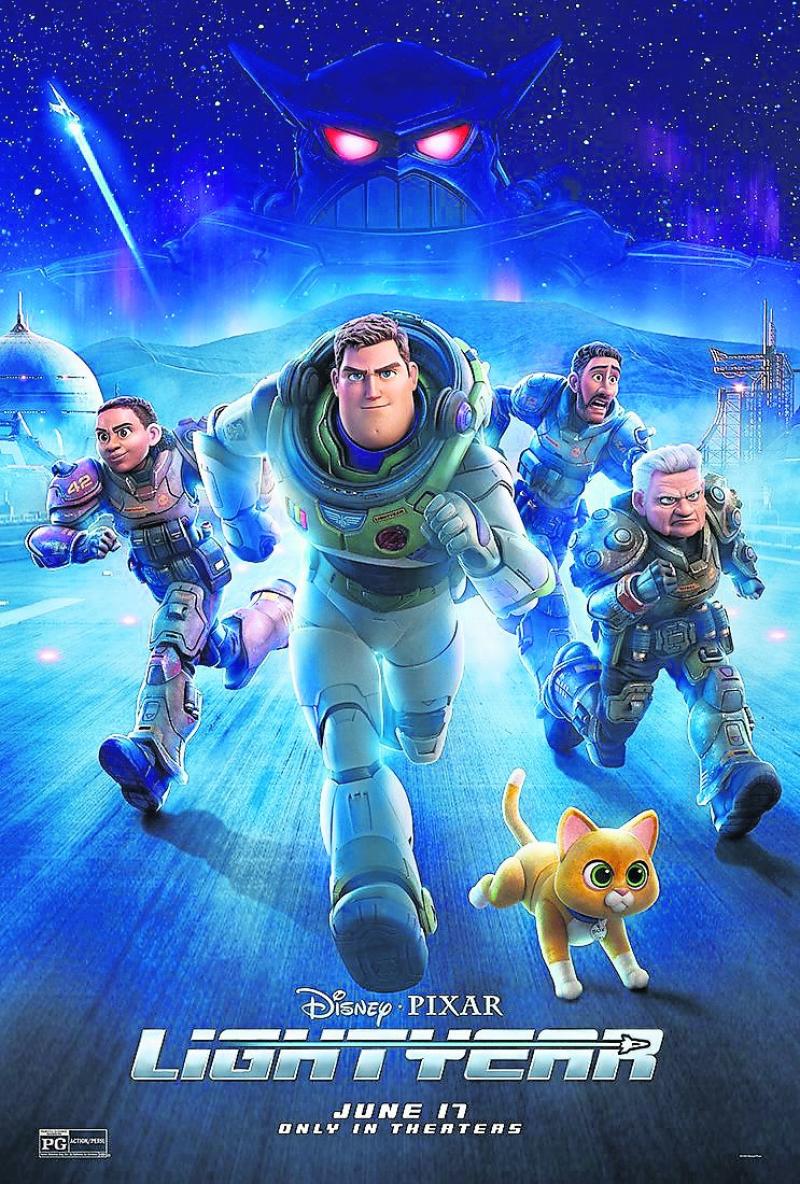 Lightyear is out now

One film that is sure to appeal to young and old this summer is Pixar’s Lightyear. This is the origin story of everyone’s favourite animated astronaut: Buzz Lightyear from Toy Story.

Lightyear is voiced by Chris Evans, rather than Tim Allen. At first, this might seem a little bit jarring, especially for fans of the original. On further consideration, however, it does make sense. In the earlier franchise, Allen was the voice of the toy that took on a life of its own. The Lightyear in this film is pitched as the actual character that the toy in the original was based on.

The action in the film mostly takes place on the planet T’Kani Prime. Lightyear and his crew are travelling through deep space, exploring planets that they come across. When they land on T’Kani Prime, at first all seems well. The planet is habitable, with a breathable atmosphere and generally benevolent conditions. On further inspection, though, Lightyear and his colleague Alisha Hawthorne realise that lurking just below the surface are hostile life forms. The creatures that bedevil their attempts to explore the planet resemble vines. They are planet-wide and seemingly sentient creatures that don’t take too kindly to explorers visiting their world.

In an attempt to beat a hasty retreat, Buzz damages the ship he and his colleagues are trying to escape in. Buzz is fixated with the macho idea that he is the hero who must single handedly save the day for everyone. As such, he takes it upon himself to test out and perfect a new fuel source that will enable his crew to leave the planet they are marooned on.

What happens next could be described as Star Wars meets Groundhog Day. Buzz makes several journeys around a nearby star, travelling close to the speed of light. Because of time dilation, each return trip means several years have elapsed on T’Kani Prime, whereas for Lightyear only a few moments have gone by. It is really quite sad to watch as he struggles to cope with the realisation that each time he returns to the planet, a little bit more of the life he once knew has passed on.

The storyline of Lightyear could have done more to probe the awkward moral dilemmas that are likely to come hand in hand with space exploration. The life forms that inhabit T’Kani Prime are not given their own agency. Viewing the situation objectively, they have every entitlement to stymie Lightyear’s attempts to colonise their planet. Instead, the plot defaults to the anthropocentric view that the planet is just sitting there, its spoils waiting to be taken by marauding Space Rangers. It’s not enough to say that such considerations don’t belong in animated films, James Cameron’s Avatar being a very good case in point.

Having said all that, it’s perfectly possible to enjoy Lightyear without getting bogged down in these existential questions. This is a good film, with just about enough humour to keep everyone smiling, but is noticeably darker than the original Toy Story franchise. It is actually a great introduction to the sci-fi genre for younger viewers. The storyline explores such concepts as finding planets in the habitable zone, the possibility of terraforming those planets, and the aforementioned time dilation. These themes are bound to get young minds asking questions. Added to this, the action scenes, animation and plot are very well delivered and pretty much guaranteed to entertain the whole family.

Lightyear is currently in cinemas nationwide, to be followed by a release on Disney+ later in the year.