Test Drive: Audi’s most powerful saloon has had a makeover for 2022 - here's the new S8 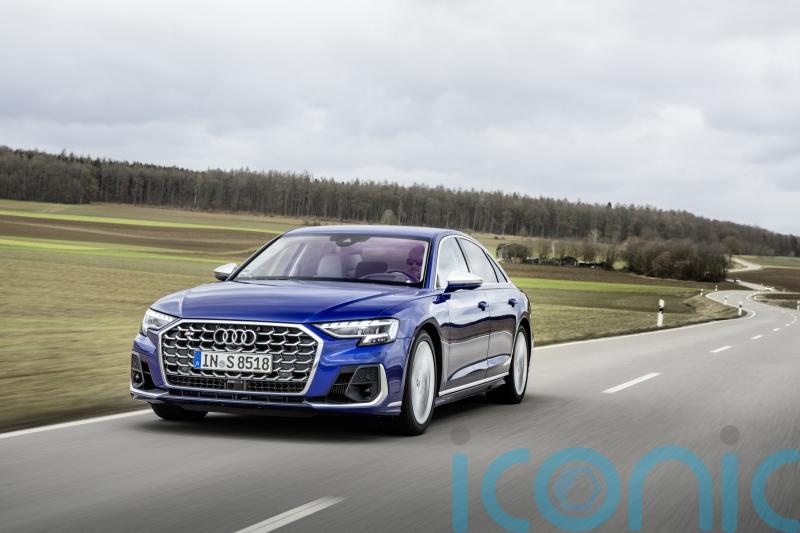 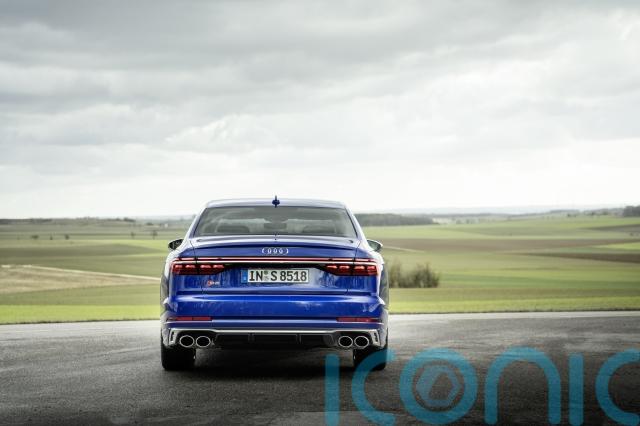 As performance SUVs have seemingly grown in popularity, it’s come at the expense of big bruising sports saloons. BMW discontinued its V12-engined 7 Series for buyers here in the UK, while Jaguar’s XJR is little more than a fading memory.

It’s not all doom and gloom if you’re after a performance limo, though, as evidenced with Audi introducing a new version of its S8 – the car we’re looking at here. In an era when electrification is increasingly on the mind, Audi resists the urge by continuing to pack its S8 with a big V8 lump under the bonnet. Now – debuting alongside the regular updated A8 – is a revised version, but is it worth considering? 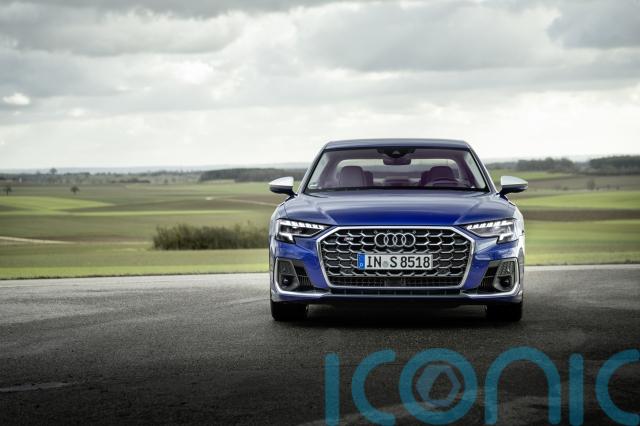 For what is essentially Audi’s flagship model, you’d expect the German firm to really push the boat out when it comes to updates and revisions. That is certainly not the case here though, as this is an update centred around the visuals, and little else.

The brand’s renowned Singleframe grille is somehow now even bigger than before, while fancier LED lights are now fitted, which – on high-spec models – are fully digital, and even customisable.

What’s under the bonnet? 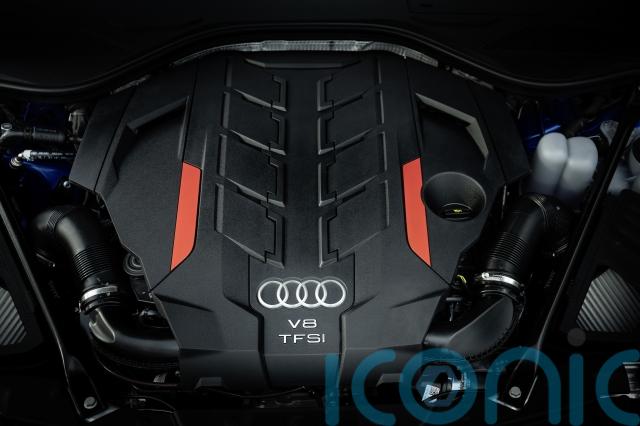 The powerhouse that is the S8’s engine remains unchanged, with a huge 4.0-litre twin-turbo V8 unit being used – it’s also found in models like the Porsche Panamera. Kicking out 563bhp and 800Nm of torque, it allows this 2.2-tonne saloon to hit 60mph in just 3.6 seconds and reach a top speed electronically limited to 155mph.

There’s a huge amount of tech on show here, with the S8 being kitted out with Audi’s 48-volt mild-hybrid system used (though the efficiency gains are fractional), while Audi’s quattro all-wheel-drive system and an eight-speed automatic gearbox are adopted too.

There are two distinct sides to the S8. The first is its sheer pace. Stick it in ‘dynamic’ mode, and the way this 5.2m-long brute of a saloon can climb speed is astonishing. The sheer smoothness as the speedometer climbs is really impressive and it’s accompanied by a wonderful burble coming from both the engine and sport exhaust. It’s just the right amount of noise for a car like this; enough to let people know it’s no normal A8, but also not too showy.

The second factor is sheer comfort. Its clever camera-based adaptive air suspension is far more than a gimmick and really can iron out most perfections in the road in a remarkable fashion. Its high-speed refinement is superb too – we were lucky to be able to push the S8 on Germany’s unrestricted autobahns, and even at speeds where you’d be getting in serious trouble on Irish motorways – and which we most certainly don’t advocate here – there was hardly even a hint of road noise or even a whisper from the engine.

How does it look? 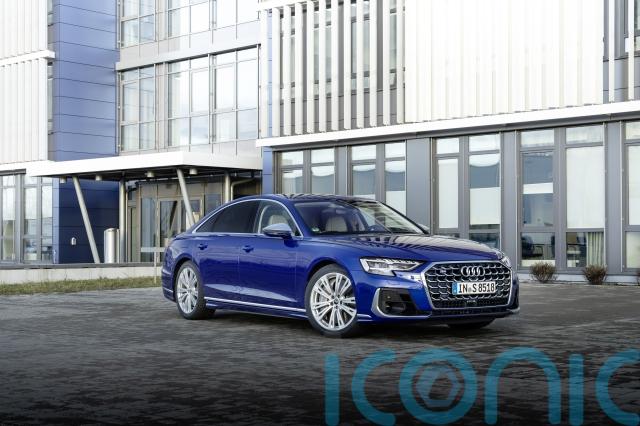 Audi’s S models have often prided themselves on their understated design, and there’s a lot to be admired about the S8’s relatively subtle – for a car of this ilk at least – design. Granted, our Ultra Blue test car was a bit bolder than the usual blacks and whites these cars are likely to be chosen in, but aside from slightly different bumpers, matte aluminium detail and, more obviously, its chrome exhaust tips, there’s not much to separate it from the standard A8.

In terms of design changes, the most noticeable is the clever new LED lights, which now display a new signature at both the front and rear, and come with the smart ‘scrolling’ indicators that Audi used long before every car manufacturer followed. There is a range of new painted matte shades on offer too. 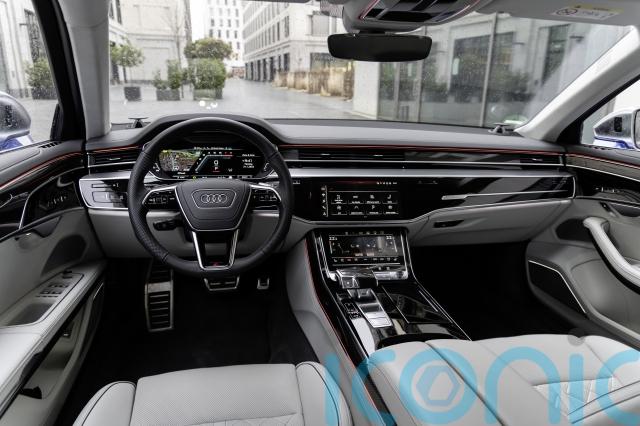 A £100,000 car needs a £100,000 interior and boy does the S8’s deliver. The sheer quality on offer is top-notch, with every surface seemingly finished in either soft leather, Alcantara or plush plastics (if such a thing exists). One slight gripe is that there’s far too much piano black trim on show. Sure, it looks great when the car’s a few hundred miles old, but a few years down the line when it’s scratched and looks like a child’s been asked to create some artwork in the dash, it won’t look half as premium.

There’s still a colossal amount of tech and electronics on show too, with all cars getting a large digital instrument cluster, and two touchscreens – one main unit for the media system and a second for the climate controls. It’s a shame that Audi hasn’t made more changes to the S8, though, at least on the interior. This is still the same interior this current generation of A8 had when it was first revealed almost five years ago, which – when talking this kind of money – does seem a bit underwhelming. 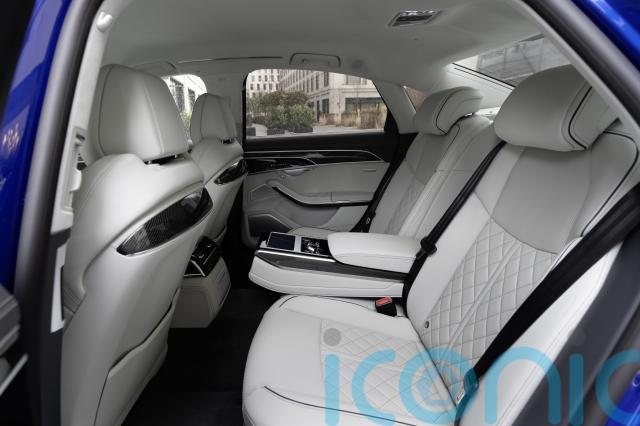 Pretty much name an in-car feature and there’s a good chance the S8 will come with it as standard. The comprehensive list includes luxuries like predictive active suspension, heated and electric contoured seats, 20-inch alloy wheels and a superb 17-speaker Bang & Olufsen sound system, with little speakers even popping out of the dashboard.

A stealthier look is provided with the Black Edition, which gets you larger 21-inch ‘Audi Sport’ alloy wheels and a slightly questionable black styling pack, while the flagship Vorsprung model brings massaging and ventilated seats, a panoramic glass roof and rear-seat entertainment package.

As for pricing, well the S8 most certainly doesn’t come cheap. Entry prices start from just into six digits, with the flagship Vorsprung model costing £117,610.

The Audi S8 isn’t your conventional performance car. It doesn’t have the crazy bodykit and uncomfortable bucket seats, but rather a level of class and a top-quality interior that’s seldom seen on sporting models.

Yet, the performance is there and that V8 is a reminder of just how smooth, refined and also powerful such units have become. The S8 might not be like the wild, wheels-spinning sports saloon that come from BMW or Mercedes, but if you want rapid pace combined with luxury, little can get close to it. It’s just a shame Audi didn’t push the boat out a little more, as all that is exactly what the outgoing S8 already achieved a few years ago…