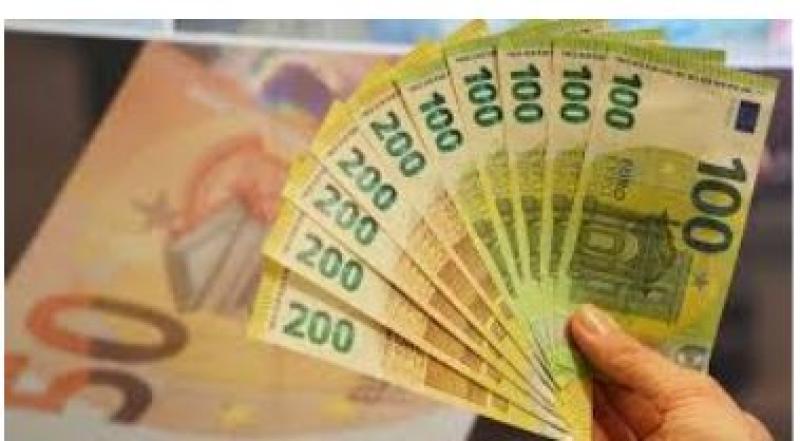 The European Central Bank has said that new €100 and €200 banknotes will start circulating around the euro zone today.

The new banknotes use new and innovative security features and are easy to check using the "feel, look and tilt" method.

At the top of the silvery stripe a satellite hologram shows small € symbols that move around the number when the banknote is tilted and become clearer under direct light.

The silvery stripe also shows a portrait of Europa, the architectural motif and a large € symbol.

The new banknotes also feature an enhanced emerald number. While the emerald number is present on all the other notes of the Europa series, this enhanced version also shows € symbols inside the number.

These enhanced security features all make them more resistant to counterfeiting.

The new €100 and €200 notes complete the Europa series that has been gradually replacing the first set of euro notes first issued in 2002.

The ECB said the new €100 and €200 notes are now the same height as the €50 banknote, which makes them easier to handle and process by machines.

They will also fit better in purses and wallets and last longer, as they will be subject to less wear and tear.

The €100 and €200 banknotes of the first series, like all the other denominations, will remain legal tender.

They will continue to circulate alongside the new notes and will be gradually withdrawn from circulation.

The ECB said it was printing about €2.3 billion €100 denomination notes but not all of these would be introduced immediately, as some would be kept in the ECB's vault and sent to commercial banks when needed.

National central banks within the euro zone have jointly printed the currency's banknotes since 2002, with each institution accountable for a proportion of the total annual production in one or several denominations.