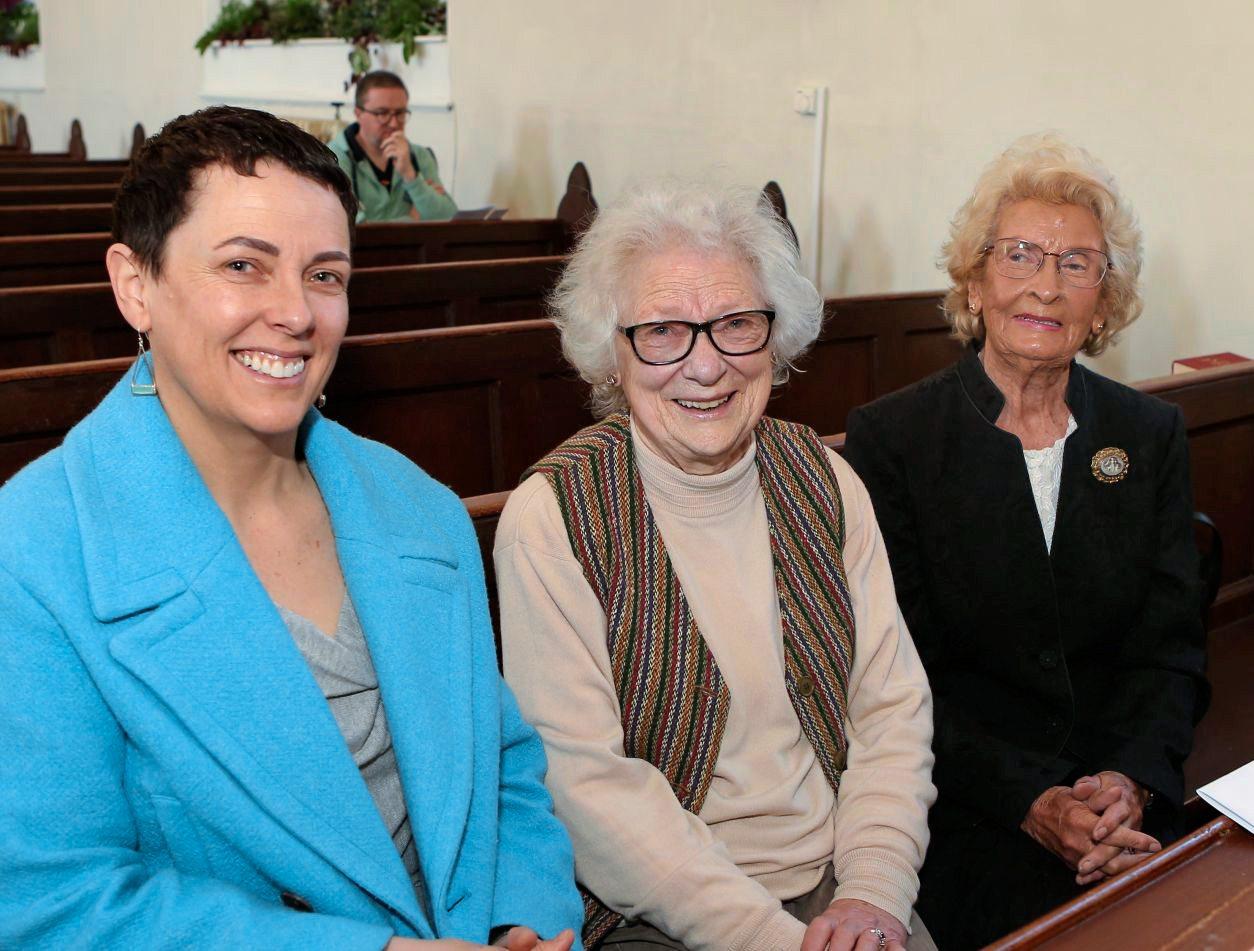 Mary Ledwidge, Anne Finlay and Christina Holmes, at the Church of St John the Evangelist Monasterevin, for the 250th anniversary celebrations. ALL PICTURES: MICHAEL SCULLY

Sunday, May 8, was a special day in the life of the Church of Ireland community in Monasterevin.

The Church building of St John the Evangelist was 250 years old, having been consecrated on May 8, 1772.

The original Church was erected on the site of the Cistercian Monastery at Moore Abbey.

Charles, the Sixth Earl of Drogheda was responsible for building the present Church after demolishing the one at Moore Abbey. It is said that the stones at the top of the tower were originally part of the Cistercian Abbey Church.

Parishioners of Monasterevin and the wider Portarlington Union of Parishes took part in the service. The service was led the Rector, Archdeacon Leslie Stevenson.