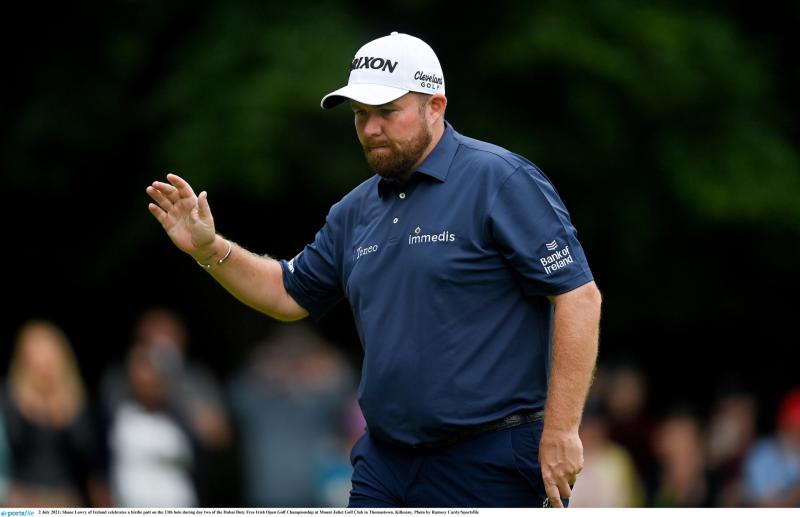 Shane Lowry is undoubtedly one of Ireland's most popular sport stars, due to his laid back attitude and love of GAA.

The Offaly man is known to enjoy the more normal things in life and when he is not competing in international events, is most likely to be at a local GAA match or intercounty game.

This less extravagant lifestyle has endeared more to people in Ireland who can relate to him more quickly than others.

And it's fair to say that his selection on the European Ryder Cup has been acclaimed by many, particularly on Twitter.

Some argued the merits for Justin Rose, but the consensus is that Lowry deserved his pick.

He was my pick ahead of Poulter and Garcia. Unlucky for Rose.

Lowry will be great craic and will fight amazingly. Can see him and Hatton together.

Lowry having a better year than both and feel like he could be a good partner for Rory.

Rose and Poulter haven't had great seasons tbh. Plus you only had 2 rookies out of the 9 qualified (1 being Hovland) so I've no problem picking Lowry over extra experience.

Another dimension being missed is the chemistry between Lowry and McIlroy in the Olympics .. when picking pairings that has to be on his mind.

Personally I would have had Rose over Garcia. Poulter and Lowry was a good call

Lowry played as well bar a blip on the back 9 Sunday. Poulter missed cut... Again
Poulter completely undeserving of a pick based on the golf played in 2021. People are making this a Lowry vs Rose thing, when it should be Poulter vs Rose.

Congrats @ShaneLowryGolf so well deserved roll on the Ryder cup. Up Offaly

Delighted for Shane Lowry - deserves to be in there!!

Can't wait to see the big man in the Ryder Cup. So well deserved. Over the moon for him. Pure gent. #shanelowry

Massive news this evening. Thoroughly deserved and will no doubt be a shining star for #TeamEurope in the Ryder Cup, emulating Leona Maguire’s stand out performance in the Solheim Cup. Congratulations @ShaneLowryGolf #UpOffaly‍♂️⛳️ pic.twitter.com/QVsdchN4iE