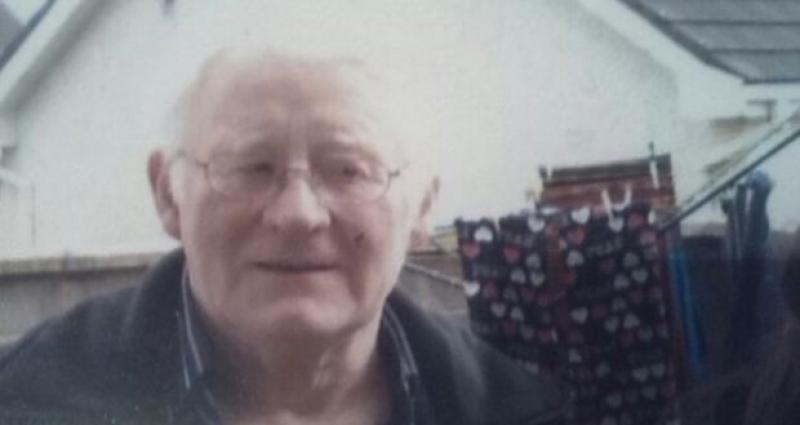 Thomas 'Toddy' Dooley was killed in Edenderry, Co Offaly, in 2014

A man who had his murder conviction quashed by the Court of Appeal, but admitted to helping the actual murderer by trying to set fire to the deceased, has been released from prison after serving seven years in custody.

Matthew Cummins (27) was aged 19 when he entered through a window of the house of Thomas 'Toddy' Dooley in Edenderry, Co Offaly, in the early hours of the morning on February 12, 2014, with two friends, James Davy and Sean Davy.

Mr Dooley was used to having young visitors at irregular hours and sat and drank with the intruders before Sean Davy struck Mr Dooley eight times over the head with a baseball bat. Mr Dooley was described during the trial as a "defenceless" elderly man who had done nothing to provoke the attack.

Cummins and James Davy were initially convicted of murder but their convictions were overturned when the Court of Appeal found there was no evidence that the two were involved in a joint enterprise with Sean Davy to murder Mr Dooley. The court instead substituted their murder convictions with convictions for impeding the apprehension of Sean Davy.

Cummins has admitted that he was responsible for the burn marks that were found on Mr Dooley's legs and the armchair in which he was sitting. He had tried to set fire to the body to destroy evidence.

On Thursday, September 16, Mr Justice Michael White told Cummins that he was going to give him a second chance. He sentenced him to nine years in prison with the final two suspended, with the sentence to run consecutively with a two-year term Cummins received in 2014 for arson. Cummins has been in custody since 2014 and is now eligible for release.

Mr Justice White said Cummins's behaviour in prison has been "exemplary" but added that he is "still at high risk of reoffending" due to his possible drug and alcohol addiction. He warned him not to offend again and added: "You have seen prisoners leave and come back so you know what recidivism is. You have an opportunity now to lead a life away from crime, so take it."

Caroline Biggs SC for Cummins had earlier told Mr Justice Michael White that her client was "wrongly convicted of the most heinous crime known to Irish law" and had spent years in prison believing he would serve a life sentence. He had, she said, used his time in prison constructively and was an "exemplary" prisoner who would leave custody with skills he did not possess when he entered.

She asked the judge to consider that he was just 19 when the offence happened and had a troubled history from a young age. He has shown genuine remorse, she said, and did not consider the Court of Appeal decision a personal victory because he understands the suffering of the Dooley family.

James Davy (30), of Thornhill Meadows, Celbridge, Co Kildare and Cummins, of Churchview Heights, Edenderry, Co Offaly were in the room when Mr Dooley was murdered but the Court of Appeal found that there was no evidence they were involved in a joint enterprise with Sean Davy to murder Mr Dooley.

The three-judge court found instead that they were guilty of a "reprehensible" attempt to cover up what had happened by burning the body and disposing of the weapon.

James Davy was released from custody two weeks ago having served his full prison term. Mr Justice White considered giving Cummins a longer sentence due to his conviction for arson and other offences committed after the offence relating to Mr Dooley. Ms Biggs said Cummins had engaged in "binge behaviour" after the trauma of witnessing Mr Dooley's murder.

Sean Davy (26) of Clonmullen Drive, Edenderry has failed in a bid to have his murder conviction overturned and is serving a life sentence.

The trial in 2016 heard that Matthew Cummins got into Mr Dooley's home through a window at about 5.30am on a cold, snowy morning. Cummins had been in Toddy's house before and knew him as a kind man who would always say hello.

Having climbed in the window Cummins opened another window to let the other two in. Toddy, who was described as "soft" by one garda witness, was used to having young visitors at irregular hours and did not object. He sat down in his armchair, opened a can of Budweiser and drank with the intruders.

At some point, Sean Davy took the baseball bat and murdered Mr Dooley. The State had argued that all three men were equally guilty and were involved in a "joint enterprise" to murder Mr Dooley.

Ms Justice Isobel Kennedy, delivering the Court of Appeal's ruling earlier this year, said that "the manner of entry is not as sinister as might ordinarily be the case, in that this also must be examined in the context of the circumstances. It is apparent from the evidence that young people went into Mr Dooley’s house to socialise and used the window as the means of entry."

The three men gave different accounts of what happened in the house.

Matthew Cummins claimed that "out of the blue" Seán Davy walked up behind the 64-year-old and beat him on the back of the head with the bat, before coming around the armchair to continue the beating from the front.

Seán Davy claimed that James Davy was responsible for most of the blows, and that he himself struck Mr Dooley once, but "not full force". James Davy denied laying a hand on Mr Dooley, saying that Seán Davy beat him with the bat and Matthew Cummins kicked Mr Dooley but not with much force.

Caroline Biggs SC, for Cummins, had argued that at no stage during the trial had the DPP “pinned her colours to the mast” to say whether the case was one of joint enterprise or aiding and abetting.

“It was just throw enough mud at this case and it will stick,” she said.

Ms Biggs had argued that her case was not properly put to the jury by the judge and that the law regarding joint enterprise was also not properly explained.

Ms Justice Kennedy said it is essential that there be evidence of an agreement before there can be a joint enterprise.

She said the court could not agree with the DPP's assessment that the entry through the window and the introduction of the baseball bat together with other factors made it clear there was a tacit agreement to inflict serious harm on the deceased and thus there was evidence of a joint enterprise.

Addressing any evidence of joint-enterprise by the three men, Ms Justice Kennedy said: "The conduct of James Davy and Matthew Cummins in the aftermath of the murder of Mr Dooley was reprehensible. The efforts to burn the body, the stealing of property and the disposal of incriminating items are all deeply unsavoury."

"However, while those factors could certainly be considered in inferring the existence of an agreement, they are not determinative. If the circumstances concerning the possession of the baseball bat and the entry into the house were different, then the conduct in the aftermath would certainly be additional factors lending weight to the existence of an agreement and acts done in furtherance of and in contemplation of that agreement. But, this is not the evidence in the present case," she said.

"We find ourselves in agreement with the arguments advanced on the part of each appellant. There simply was an absence of evidence from which the jury could infer the existence of an agreement in the first instance," said Ms Justice Kennedy.

"We find that the trial judge erred in failing to direct the jury to return verdicts of not guilty of murder. However, there is overwhelming evidence of guilt insofar as an offence under the Criminal Law Act, 1997 is concerned," she said.

"We will allow the appeal and quash the conviction for murder, however, we will substitute a conviction for assisting an offender pursuant to the Criminal Law Act 1997."

Patients to be asked to rate their experience in Tullamore Hospital