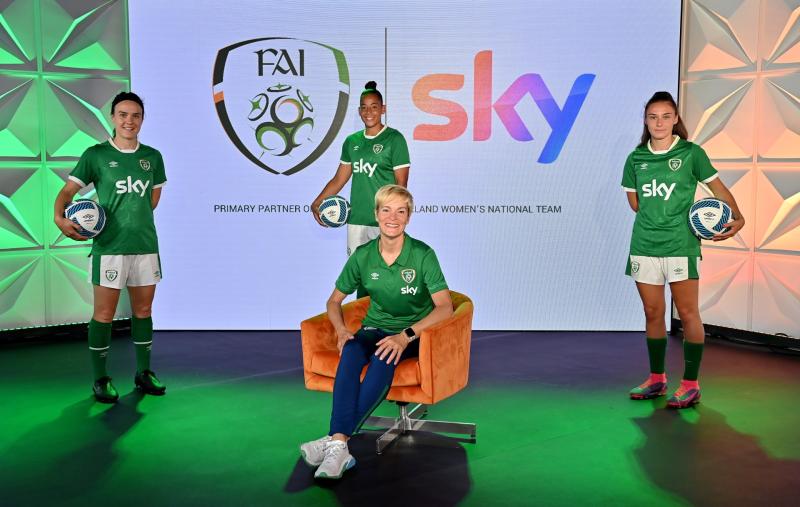 The Republic of Ireland Women's Team manager is urging fans to get behind her side when they take on Australia next week, the first time fans can attend one of their games in the last 18 months.

Vera Pauw has a simple message: Come out to support the Girls in Green on Tuesday!

The Republic of Ireland Women's Team welcome fans back to Tallaght Stadium for the first time in 18 months following the outbreak of COVID-19 as they host Australia in an International Friendly.

It is the final game before Pauw's squad kick-start their 2023 FIFA Women's World Cup qualifying campaign next month and the perfect opportunity to rekindle that connection with the fans.

"We are really looking forward to having our fantastic fans back in Tallaght Stadium after so long. It has not been the same without the special atmosphere that they create and the support that they give to our players," Pauw said.

"Irish fans are known around the world for their passion, colour and pride. It is no secret that they help to drive our players on during certain periods of a game and they have never let us down.

"We have had some truly memorable nights in Tallaght already and Tuesday can be another one. We take on an elite opponent in Australia, but, crucially, we get to play in front of our own fans again," she said.

"It would be fantastic to get as many fans as possible into Tallaght Stadium on Tuesday as we - the players & staff - would like to give something back to them. We've missed our fans so much, but now we can end that wait with this game.

"Having agreed an equal pay structure for the players and welcomed Sky in as our first ever primary partner, we feel that women's football in Ireland has never been in a better place off the pitch. Now we want to get back amongst our loyal fans and take the next steps forward together," the Irish manager added.