Could you be the county's winner of second highest-ever Lotto jackpot? 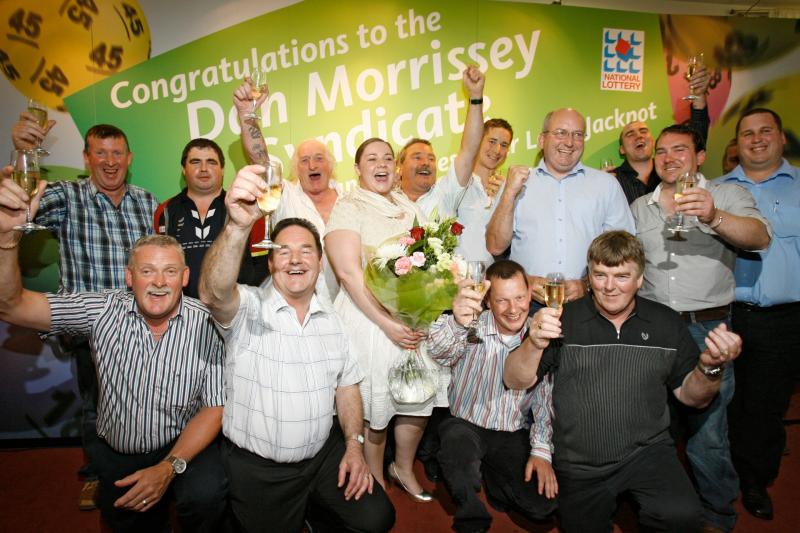 The Dan Morrissey syndicate from Carlow scooped €18,963,441, the largest amount ever won in the game

The Lotto jackpot is expected to reach €17 million tonight, the second highest-ever since the game began in 1988.

Lotto players all over the country are eagerly awaiting tonight’s mega Lotto draw and the opportunity to become Ireland’s newest multi-millionaire as well as the 6th Lotto jackpot winner of 2021.

So far this year, there have been five Lotto jackpot wins by players in Limerick, Kilkenny, Westmeath, Cork and Galway.

A single winner of tonight’s life-changing €17 million (est) jackpot would take the highly coveted title of 2nd highest Lotto jackpot winner since the game launched in Ireland in 1988.

The last time a Lotto jackpot exceeded €17 million was in June 2008 when the Dan Morrissey syndicate from Carlow scooped €18,963,441 which was the largest amount ever won in the game.

As we get closer to tonight’s monumental Lotto draw, the National Lottery are appealing to players across Ireland to continue following public health guidelines and to purchase tickets early ahead of the cut-off time for sales at 7.45pm this evening.

A National Lottery spokesperson said: “The big day is here! Could we finally see the astounding jackpot roll, which has lasted for over three months now, come to a celebratory finale following tonight’s draw? The anticipation for Lotto players all over Ireland is certainly growing and we know that there are lots of people dreaming of winning big.

"A single winner of tonight’s estimated €17 million jackpot would officially become the second highest Lotto winner ever. As we get closer to the all-important draw time, we expect to see an uptake in sales so we are encouraging players to purchase their tickets early and to avoid queues where possible. Tickets can be purchased ahead of the 7.45pm cut-off time either in store, on the National Lottery app or at www.lottery.ie.”