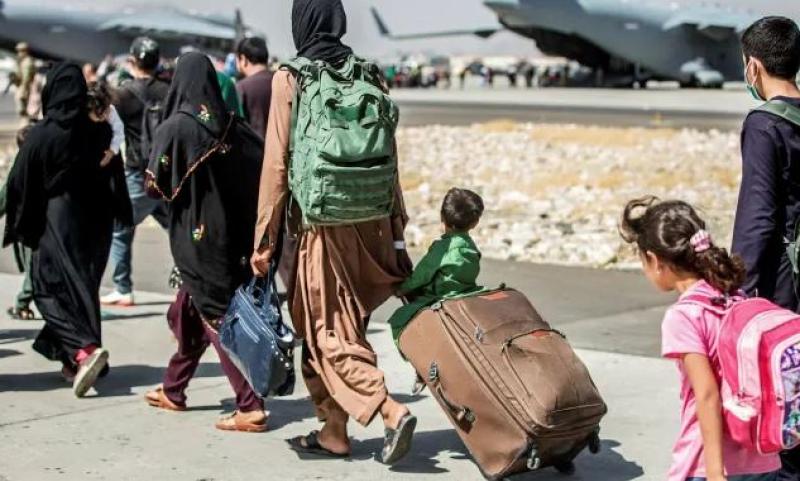 A new Afghan Admission Programme allowing Afghan nationals in Ireland to apply to have their families from the Taliban-controlled State join them here has been launched.

The Minister for Justice, Heather Humphreys, TD, and her colleagues, the Minister of State for Law Reform, Youth Justice and Immigration, James Browne, TD,  the Minister for Foreign Affairs, Simon Coveney, TD, and the Minister for Children, Equality, Disability, Integration and Youth, Roderic O’Gorman, TD, updated Cabinet on the measures that have been taken, to date, to support Afghan nationals on Tuesday.

Speaking after Cabinet, Minister Humphreys said: “Since the beginning of this most recent crisis in Afghanistan, Ireland has acted swiftly and compassionately to demonstrate our support and solidarity with the Afghan people. What has been agreed by Government today is a further concrete demonstration of that support. We are introducing a special Afghan Admission Programme, with an allocation of up to 500 places. This will allow current or former Afghan nationals living in Ireland to apply to bring their close Afghan family members to Ireland to live with them.”

“We will be prioritising those who are especially vulnerable in terms of the risk to their freedom and safety, such as: older people; children; single female parents; single women and girls; people with disabilities; and people whose previous employment exposes them to greater risk, for example UN and EU employees and people who worked for civil society organisations.”

Afghan nationals living in Ireland on or before 1 September 2021, will be able to apply to nominate up to four close family members meeting the eligibility criteria and who are currently living in Afghanistan or who have fled to certain neighbouring.

Eligible family members will be granted a residence permission that allows them immediate access to the labour market, without the need for an employment permit. The Programme, including the detailed eligibility criteria and the application process, will be developed over the coming months, with applications opening in December. An appeals process for unsuccessful applicants will also be established.

In the meantime, the Ministers and their three Departments continue to work closely together to monitor and respond to the evolving situation in Afghanistan.

The Department of Foreign Affairs is providing consular assistance to Irish citizens and their dependents and support to Irish residents in Afghanistan. As a member of the UN Security Council, Ireland is working to address a range of issues including the fulfilment of the Taliban commitment to allow the safe, secure, orderly and unhindered departure of foreign nationals and Afghans who wish to leave the country in line with UN Security Council Resolution 2593.

Minister Simon Coveney said: “I very much welcome this new proposal, which will create a tailored family reunion programme and enable Ireland to better respond to the situation in Afghanistan. This is an important development, I know there are many in Ireland today with deep concerns for family members who remain in Afghanistan.  Meanwhile, my Department continues to liaise with diplomatic partners, including the EU, to explore options for the return of Irish citizens, their direct dependents and Irish residents from Afghanistan.”

The Department of Justice is providing practical support by way of issuing visas or visa letters in lieu to this cohort to facilitate their travel to Ireland. Minister Browne outlined the positive approach taken by officials to expedite applications from Afghan nationals under existing immigration schemes: “Under our existing immigration schemes, we have supported hundreds of at-risk Afghans to gain a residence permission in Ireland. In addition to the visas for the 400 Afghan people granted ‘programme refugee’ status by Minister O’Gorman, my Department has granted family reunification permission to 108 Afghan family members under the terms of the International Protection Act 2015, and approved 162 join family visa applications for Afghan nationals.

“Combined with the 500 available places on the programme that we are announcing today, this represents a very high level of support for the 1,200 strong Afghan community currently living in Ireland”.

The Department of Justice is continuing to process a further 99 join family/preclearance visa applications for Afghan nationals and is doing so speedily and sympathetically, they have said.

The same approach will apply to any new applications received in the coming weeks and months. Further information on how to apply for a visa to join a family member living in Ireland can be found HERE.