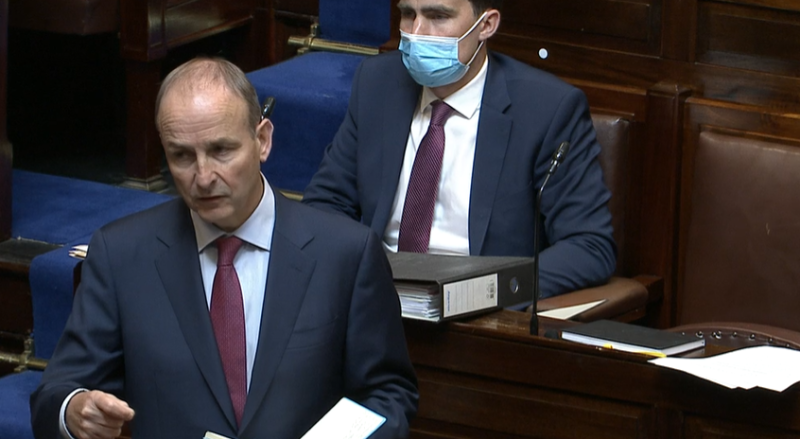 Sinn Féin leader Mary Lou McDonald TD has told Taoiseach Micheál Martin to "get a grip" about the housing crisis.

She made the statement during Leaders' Questions in Dáil Éireann today.

Deputy McDonald said, "Tánaiste Leo Varadkar enraged renters when he said that one person's rent is another person's income, but not to be outdone your Housing Minister Darragh O'Brien told reporters that the property market is not out of control. What planet are these men living on?"

She went on say that rents are higher than they were during the Celtic Tiger and that housing prices "are getting there".

After saying there was "clueless thinking" behind Minister O'Brien's Housing for All housing plan, she said, "Will you get a grip on this crisis and deliver a plan that actually works for people?"

Responding to Deputy McDonald's remarks, the Taoiseach said the content of the Housing for All plan as well as the investment in it is "unprecedented".

He said, "It needs delivery, and to deliver it we need to make sure all in this House show leadership."

The Taoiseach told the deputy's party to also "get a grip with it" and not oppose everything that comes to the table. "There's no point having this sort of across the aisle stuff."