TD says government are "bending over to global corporations" 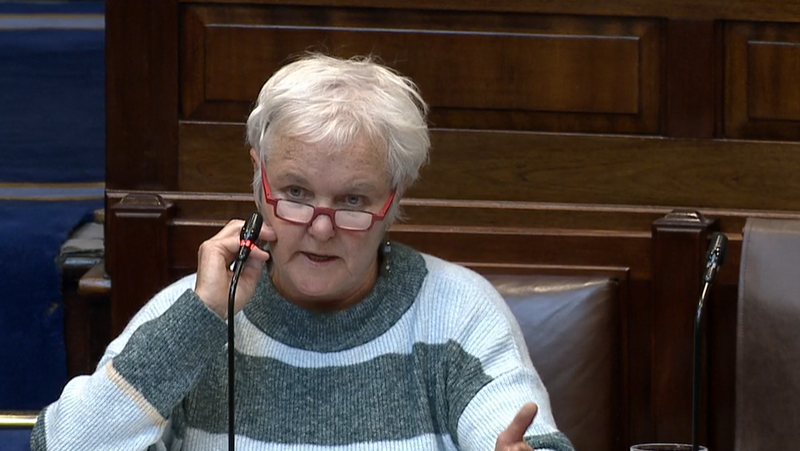 TD says government are "bending over to global corporations"

A People Before Profit TD has told the government they're "bending over to global corporations" when it comes to their position on data centres.

Deputy Bríd Smith made the comments in Dáil Éireann today during a discussion on the proposed moratorium on data centres.

It comes after fears of electricity shortfalls were raised by Eirgrid in a recent report, which found that demand for electricity will significantly increase due to the expected expansion of large energy users, of which data centres were particularly noted.

According to the report, it's estimated that 27% of total demand will come from data centres and large energy users by 2030.

Deputy Smith stated there has been a 25% increase in data centres since just last year and noted the Eirgrid report called the rapid increase in demand "unusual".

The deputy told Taoiseach Micheál Martin that the continued granting of planning permission to energy intensive data centres was an "unfair" distribution of the cost and benefits.

The Taoiseach dismissed her view as "overly simplistic" and said, "We're not ignoring the issue of data centres, but the idea of just banning them is not a measured response either."

She said, "You are willing to have heat cut off in homes this winter, to miss our climate emissions targets in 2030. Are we listening to Bezos and Zuckerberg or Joe and Josephine Soap who need electricity prices to be kept down?"

He told Deputy Smith he cares for the people corporations employ, not the corporations themselves. He called her approach "divisive" and said, "The issue is with the growth of data itself, but we're not going to change that by simply banning data centres. If every country adopted that, we would not have the transformation that is happening."