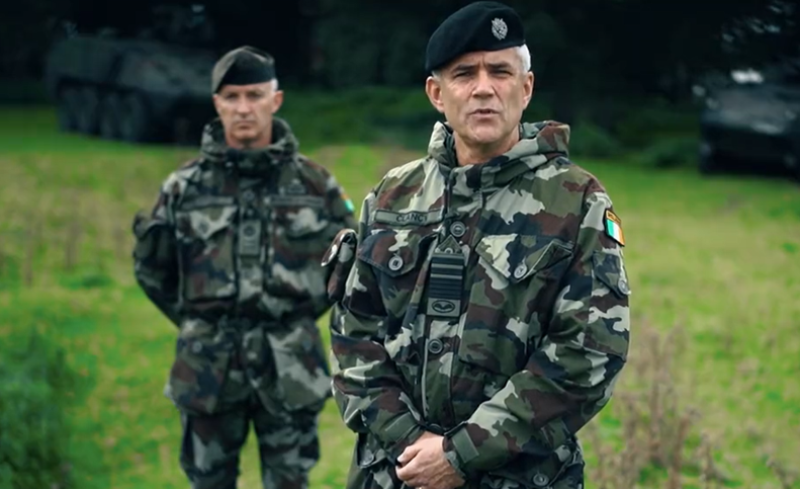 The new Chief of Staff of the Irish Defence Forces has said he is "absolutely committed" to addressing the concerns raised in the Women of Honour documentary.

Lieutenant General Seán Clancy was promoted to the appointment by the government today.

He said he was "moved by the courage of those who spoke" in the RTE documentary, which uncovered allegations of bullying, sexism and sexual assault in the Defence Forces.

Speaking in a video through the Óglaigh na hÉireann Twitter page, the Lieutenant General said, "There is no place for inappropriate or toxic behaviour in the Defence Forces. Leaders have a responsibility to manage the authority associated with rank and ensure the vulnerable are protected."

He continued: "Loyal and faithful service to the state is the foundation on which our organisation is built. It is embodied by you, our members, and needs to remain part of the continuous effort to deliver a fit-for-purpose organisation for the benefit of the state. My first duty and priority is to ensure your continued development and wellbeing."