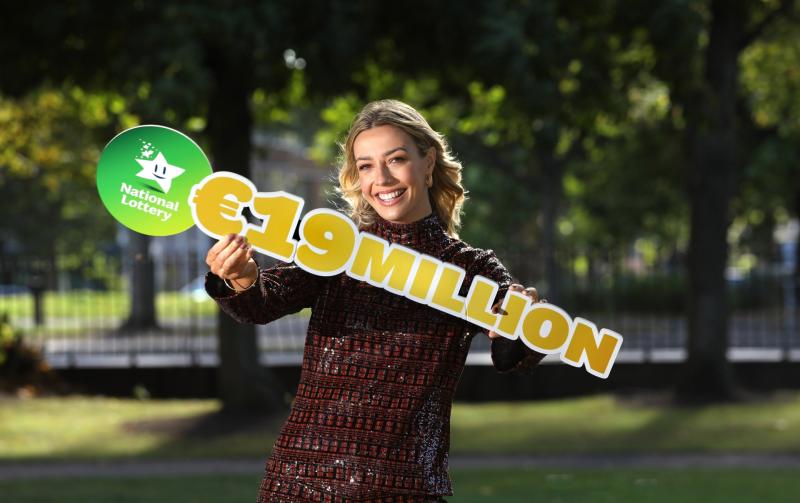 Ahead of Wednesday’s Lotto draw, the National Lottery are urging players dreaming of becoming the biggest Lotto winner of all time to purchase their tickets early.

This follows technical issues at the weekend where National Lottery online and app players were unable to purchase tickets prior to Saturday night's draw.

As the next draw time gets closer, demand for Lotto tickets is expected to be incredibly high throughout the country as this Wednesday will mark the second draw in which the jackpot remains capped at €19,060,800.

As the jackpot is capped, this means that no additional money will be added to the jackpot prize until it is won. The funds that would normally go to the jackpot will now be distributed to the next lower prize tier at which there are winners.

A National Lottery spokesperson said: “What a week it’s been for Lotto! The excitement levels are getting higher and higher as this Wednesday will mark the second draw in which the jackpot has been capped at a record €19,060,800. For the first time in the history of the game, the Lotto jackpot is capped, which means that any excess in additional prize money usually added to the jackpot prize is distributed to lower prize tiers where there is a winner.

"Last Saturday, two players in Dublin benefited from the jackpot prize roll-down to the Match 5 + Bonus prize tier. The two players shared an astonishing prize fund of €1,652,784, each winning €826,392.”

The spokesperson added: “The excitement among our players throughout the country is absolutely palpable as we wait for the next winner of Ireland’s highest ever Lotto jackpot prize. Just before last Saturday’s draw, we saw a huge volume of players visiting our website and the National Lottery App causing our system to become briefly overwhelmed by the high level of demand for tickets.

"Our technical team have continued to work hard to resolve the issue and to ensure it does not reoccur. Ahead of Wednesday’s draw, we are encouraging all of our players who are hoping to become the biggest Lotto winner of all time to purchase their tickets early and in advance of the 7.45pm cut-off time for sales on Wednesday evening. Will this be the week we see a record-breaking Lotto jackpot win? Just two days to go until we find out!”