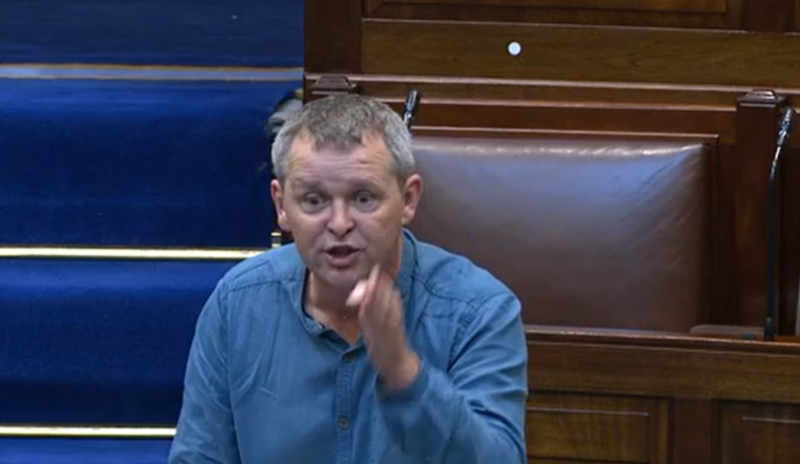 TD against carbon tax hikes suggests getting rid of it altogether

A People Before Profit TD has told the government it's "criminal" to impose carbon taxes on vulnerable people and has suggested abolishing it altogether.

Richard Boyd Barrett made the comments during Private Members Business in Dáil Éireann today, where he spoke on a People Before Profit motion to defer carbon tax hikes.

It comes in the wake of news that Ireland may face energy shortages during the winter months this year due to increasing demands for energy.

Richard Boyd Barrett TD said, "We should abolish the carbon tax. It's fundamentally regressive. Impose it on the real big polluters, the agri beef barons, huge corporations responsible for emissions, not on the poor and the sick and the vulnerable."

He continued and said, "Unless the government steps up to the mark, it's absolutely punishment for people who have no control over heating their houses to keep themselves warm, and in some cases alive."

The deputy spoke about the "unprecedented" release of emergency money during the Covid-19 pandemic, and said if it could be done then it can be done now.

He said, "It is unconscionable if you refuse to do it. Have you learned anything during the Covid pandemic about public health? Are you seriously going to allow the obscenity and the scandal for the poor and elderly to die because of a lack of heating in their homes through absolutely obscene levels of energy prices from an energy sector completely consumed by profit?"

"It shows your priorities," he concluded.