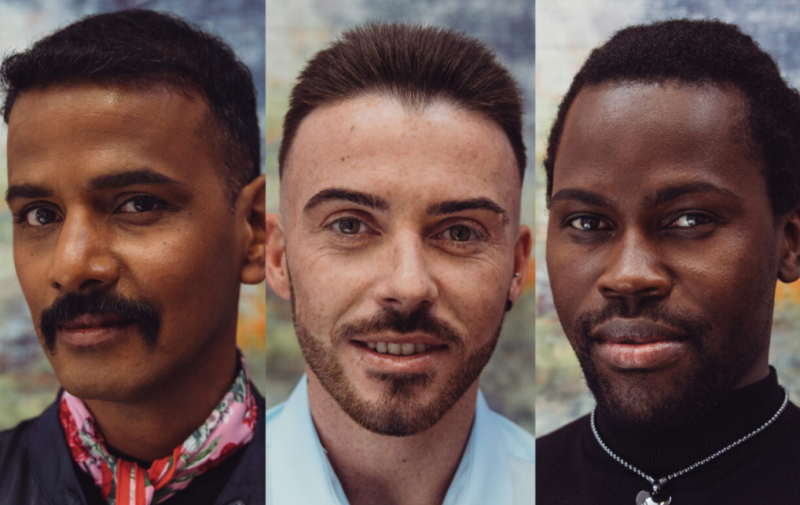 The discrimination faced by gay Traveller men and people of colour is being raised in a new anti-racism campaign launched today.

Posters have been placed across the country in digital screens, as well as through videos and social media as part of the #ProudAF initiative, with gay Travellers and gay men of colour encouraged to share their experiences online.

Darren Collins, who is a Gay Traveller man and mental health advocate, is starring in the campaign and is quoted as saying, "I couldn't be any prouder to show my community that we can be all different, no matter if you're a Traveller - gay or straight."

Another member of the community, law student and asylum rights advocate Bulelani Mfaco, also appeared in the posters and said, "Recently did a talk for a charity on racism. Point I drove home was that we experience life differently in Ireland. My everyday experiences are different to those of a Traveller Gay man or settled White gay man. For some of us, safety is something we negotiate regularly."

Amazing to see myself in bathrooms in Restaurants, Pubs etc.. in Dublin as part of #proudAF campaign. ❤@GayProjectIRL @Minceirbeoir pic.twitter.com/2H2Hs3dQFv

According to Gay Project, the group behind the campaign, gay Traveller men and men of colour experience both homophobia and racism in Ireland, which lead to isolation and feelings of invisibility.

In a statement on their website, they said, "We are proud that Ireland is seen as one of the most progressive countries in the world for GBTQI+ but POC and Travellers are often not accepted and included. Through storytelling and lived experience, this campaign will explore the racism, bias and exclusion that is hurting our POC and Traveller siblings."