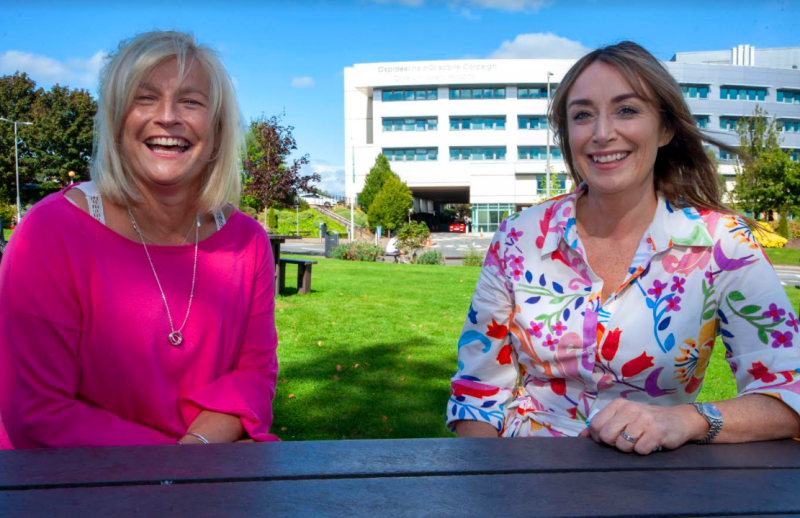 A next generation cancer testing machine at an Irish hospital will cut waiting time for results by eight weeks.

The Ion Torrent Genexus sequencer at Cork University Hospital (CUH) identifies the DNA profiles of cancers which are then used to create the best treatment type to fight the disease.

The €550,000 machine, which generates cancer profiles in 24 hours, is the first of its kind in Ireland and was part-funded by two friends who both survived breast cancer.

Miriam Healy and Sylvia McHenry organised Cork Pink Week in 2019 after meeting with CUH Charity and consultants to determine what the hospital needed that could benefit patients.

Fifty thousand euro was raised at the event, with the remaining funds raised following an 18-month Pull Together campaign.

According to Miriam, the duo wanted to raise awareness that breast cancer hits all ages and affects people younger than the breast check age of fifty.

She said, "The Ion Torrent Sequencer is a tangible benefit to people in the region. It also allows people who have recovered to be tested to investigate the likelihood of their cancer recurring.”

The next generation technology uses sequencing to speed up cancer testing, allowing patients to start treatments and clinical trials earlier.

Profiling of this kind had to be done in the UK during the Covid-19 pandemic, and turnaround for results often took eight weeks.