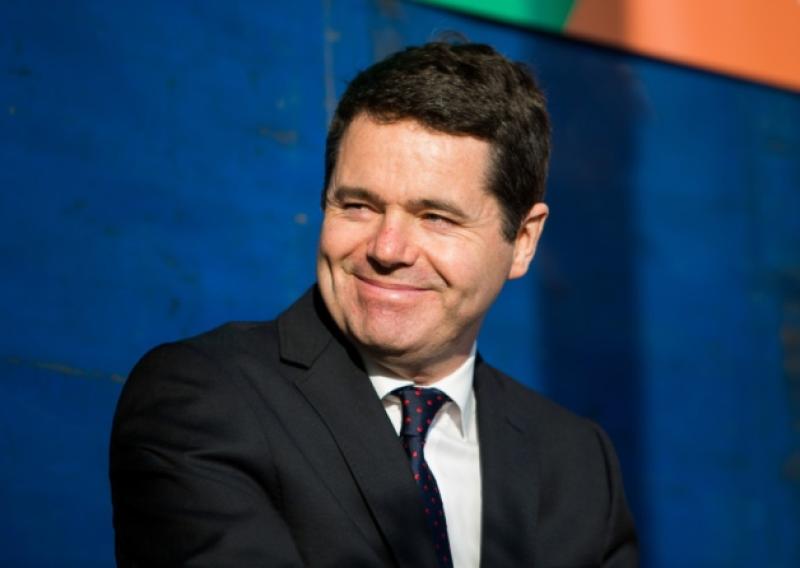 The decision for lifting the restrictions will be made on Tuesday

Finance Minister Paschal Donohoe has said a full return to offices for employees is a "little less likely" at the moment amid Covid-19 concerns.

As it stands, a number of restrictions are set to be lifted on Friday, 22 October yet in the past few days, a number of Government heads have cast doubt on the planned reopening due to a recent rise in Covid-19 cases and hospitalisations.

Taoiseach Micheál Martin warned on Wednesday that the major easing of restrictions planned for next week can't be guaranteed as the "pandemic has not gone away".

Meanwhile, on Thursday morning, Foreign Affairs Minister Simon Coveney said it is "possible" that some of the restrictions due to be lifted may not be on 22 October.

While attendance at work for specific business requirements was permitted to commence on a phased and staggered basis from 20 September, Donohoe has now said that a full return to offices at the moment is "a little less likely".

However, he told The Pat Kenny Show that the government would make a final decision on the matter on Tuesday.

"We do know that when we go through big changes in mobility and activity within our society, it affects where we are with the disease," said the Minister.

"The most recent triggers of that are the return to school, the return to college and we're going to really look at that carefully next week".

Paschal Donohoe says the Government will make a decision around a further easing of restrictions on Tuesday. @PatKennyNT
https://t.co/erehOrEQIt

Donohoe said that while Ireland has made "gigantic process" this year reducing the virus' spread, Covid-19 has now stabilised at a higher level than had been hoped, meaning "there are some signs of concern".

"What I want to avoid is being in a situation that the progress that we've made, with re-opening the economy, that we have to reverse our current level of progress," he added.

"So NPHET are going to be meeting early next week, they'll advise the government, and we'll make a decision on the matter on Tuesday."