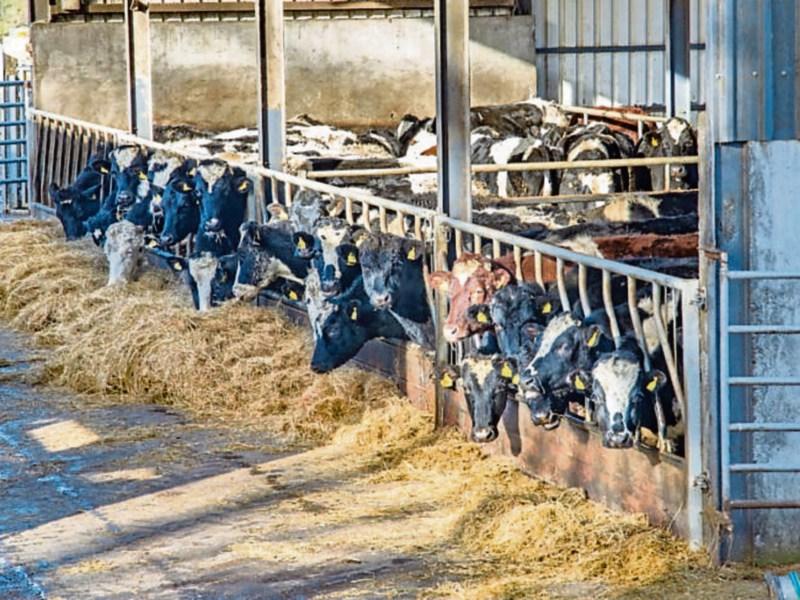 A Government TD has warned that he will oppose any cut to agriculture emissions which adversely impacts rural Ireland and would "wipe farmers off the land".

Fine Gael TD Michael Ring said: "If it is proportionately too much that rural Ireland cannot bear this, I'll do whatever I'll have to do".

Speaking on RTÉ's Morning Ireland on Tuesday, Mr Ring said he expects rural TDs in his parliamentary party to to back his stance.

"We now need to put our foot down and we need now to put our stamp on this one," he added.

Deputy Ring also hoped there would be cross party support from members in Fine Gael and Fianna Fail to oppose the measures.

Fianna Fail Deputies Barry Cowen and Jackie Cahill have also voiced their opposition to any reduction of the size of the national herd.

"Climate justice is about the fair treatment of all people and the freedom from discrimination in the creation of policies. The blanket reductions disproportionately affect young farmers by limiting their ability to enter the sector and creating instability for those who have recently heavily invested in their businesses," said Macra na Feirme National President John Keane.

"Placing a cap on the agriculture sector in Ireland will exclude young people from entering the sector. We are already facing a crisis in Ireland with regard to the age breakdown of farmers, placing further restrictions on the sector and limiting young new entrants will only further deepen the crisis," Mr Keane said.