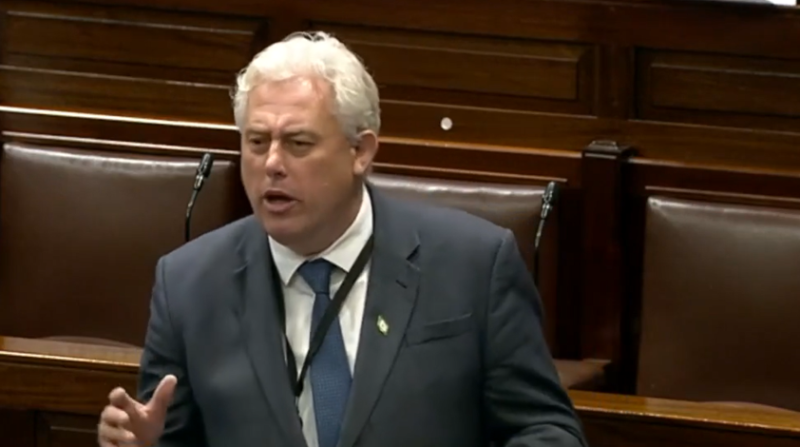 An opposition TD has placed fault on the sitting government for failing to act on rising rents.

Deputy Thomas Gould spoke in the Dáil yesterday during a discussion on Sinn Féin's motion to ban rent increases, and criticised the lack of provision for renters in the latest budget.

The deputy addressed Housing Minister, Darragh O'Brien, and said, "The election was in February 2020 and it took the Government 18 months to produce a plan. It did not even produce a complete plan because it contains nothing in for renters and does not tackle dereliction or the 90,000 vacant properties around the country."

Deputy Gould said, "The facts are the facts. Rents are going up every year under your watch."

According to the deputy, five families came to his office last Monday to tell him they were due to be evicted in February. He said, "In the 12 years I have been in politics, I have never seen the likes of it."

The renters motion was submitted by Deputy Eoin O'Bróin, who said, "The purpose of tabling this motion tonight was to highlight the abject failure of the Government to provide any immediate, urgent relief for those in the rental sector struggling with sky-high rents."

Approximately a dozen other TDs also submitted their support for the motion, with Deputy Pearse Doherty saying, "If you are a landlord, a big investment fund, a vulture fund, a speculator or a developer, the Minister is your man but, by God, if you are a renter or a young person wanting to set out in life and purchase an affordable house or rent at a decent price you have the wrong team in government."

Minister O'Brien responded to Deputy O'Bróin and Deputy Doherty, the latter of whom he referred to as 'Mr Angry', and said, "We have a radical plan that will deliver 300,000 homes between now and 2030, comprising 90,000 social homes and at least 54,000 affordable homes. These are real homes for real people and our plan is backed by real money and will deliver. Projections into next year, which might not suit the main Opposition party, are actually positive."