Problems in emergency departments mean 'everything else has gone wrong', Dáil told 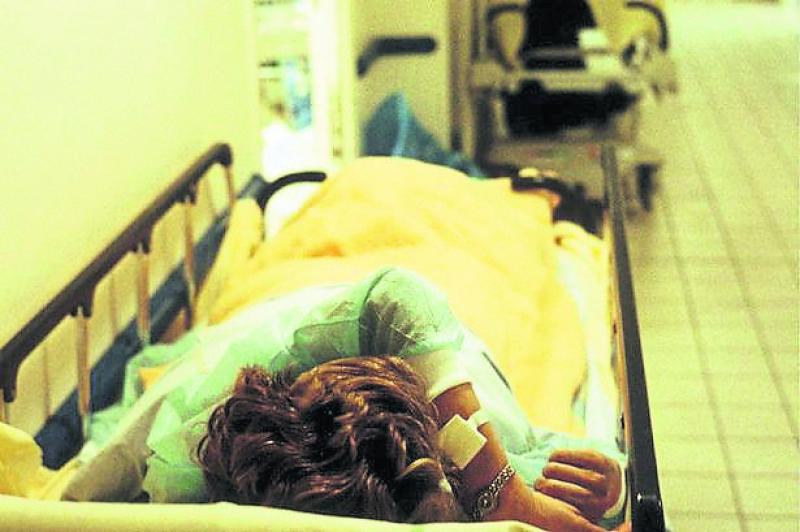 Problems in emergency departments mean 'everything else has gone wrong', Dáil told

The Dáil has been told that problems in emergency departments mean "everything else has gone wrong".

That's according to TD David Cullinane, who made the comments to Minister for Health Stephen Donnelly yesterday after asking the minister about his plan to prevent emergency department overflows this winter.

Deputy Cullinane said, "We are seeing presentations in emergency departments at record levels for this time of year. It is concerning for hospital managers and the staff on the front line, who are burned out and exhausted and are now facing into what they believe could be a dreadful November, December and January."

Minister Donnelly agreed the country is "facing into a tough time", particularly because people have deferred their care due to the Covid-19 pandemic, but that tackling patients having to wait on trolleys is "a top priority".

He said, "By the end of this year, we will have added to the acute system more beds than have been added in any year on record and we will have done that in the middle of a pandemic."

Deputy Cullinane said, "Across the State, all [hospital managers], with the exception of the Limerick hospital manager because that hospital got a new modular unit, are saying that many of the beds the Minister talks about are beds that were temporarily open anyway. They did not get capital funding to build new units and they are being asked to cram beds into very tight wards, which is not what we need to be doing when we are in the middle of a pandemic as it is not good in terms of infection control."

He continued: "There are so many things going wrong that, like a volcano, it erupts in the emergency departments. The people on the front line are telling me they have had enough. They genuinely dread and cannot sustain a winter without the capacity, tools and support they need."

The minister replied and said, "In terms of capacity and revenue funding, this year has seen a record deployment in that regard. There is revenue available and there is capital available. I can assure the Deputy of that. The tighter constraint is staff. There is no point putting the beds in place unless we have the staff.

"Do we need more beds? We do. Do we need more ICU beds, more diagnostics, more rehab beds and more community beds? Absolutely, we do. At the same time, we have to hire and retain the staff to make sure the patients in those beds get the care they need."