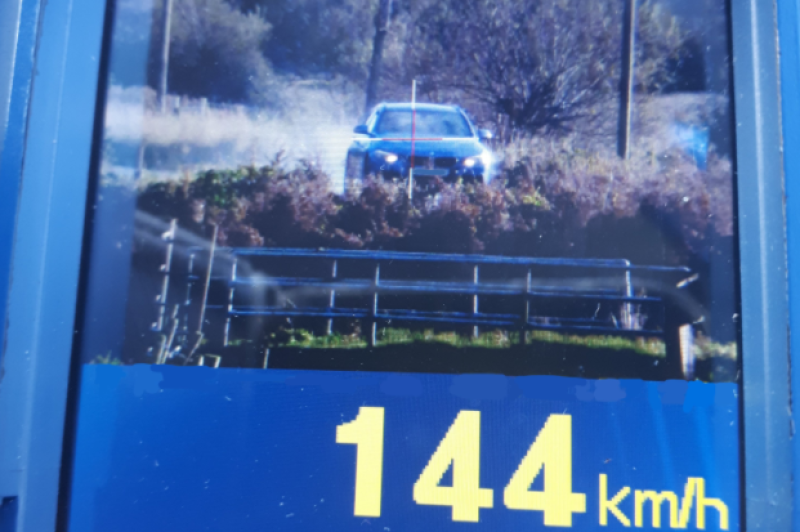 A person driving almost double the speed limit in an 80km per hour zone has been arrested by Gardai.

Roscommon RPU were conducting speed checks on the R370 as part of National Slow Down day when they observed the speeding car.

The driver was caught travelling at 144km/h in an 80km/h zone, 64km/h above the speed limit.

Gardai have been undertaking speed checks since early this morning and have so far checked 144,460 vehicles, 316 of which were over the speed limit.

A driver on the N62 in Tipperary was also caught driving at a dangerous speed, with Gardai noting the car was travelling 54km/h above the acceptable limit in a 60km/h zone on the N62.

Gardai are reminding the public that speed kills and urge drivers to slow down.