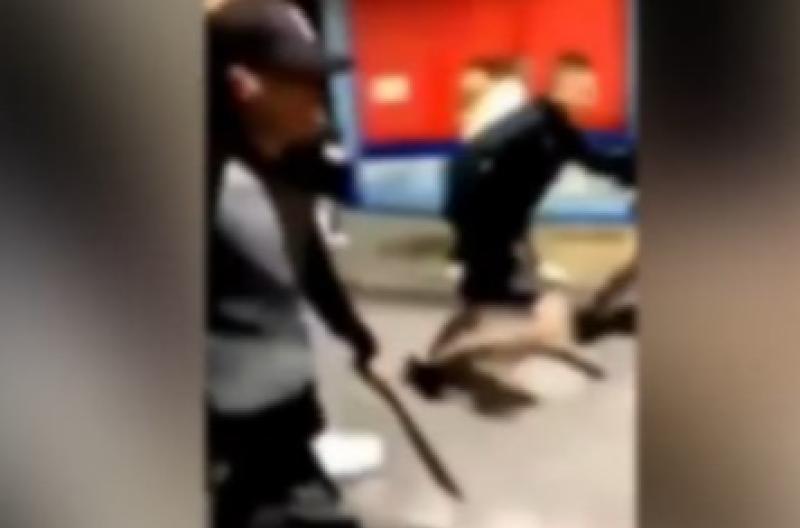 A startling video of a man being chased by a number of men in Quay Street, Galway, has been making the rounds on social media.

In it, one of the men can be seen brandishing what appears to be a machete.

At one point the man seems to be cornered but manages to sprint away.

The other men quickly give chase.

Gardai in Galway have confirmed they are investigating an incident on Quay street in the city on Saturday night.

An Garda Síochána said in a statement: "Gardaí in Galway are investigating an assault which occurred on Quay Street, Galway on the morning of Sunday October 24, 2021."

"The incident occurred shortly after midnight, with a male in his late teens sustaining non-life threatening injury."