This is the 36th consecutive quarter where rents have risen nationally 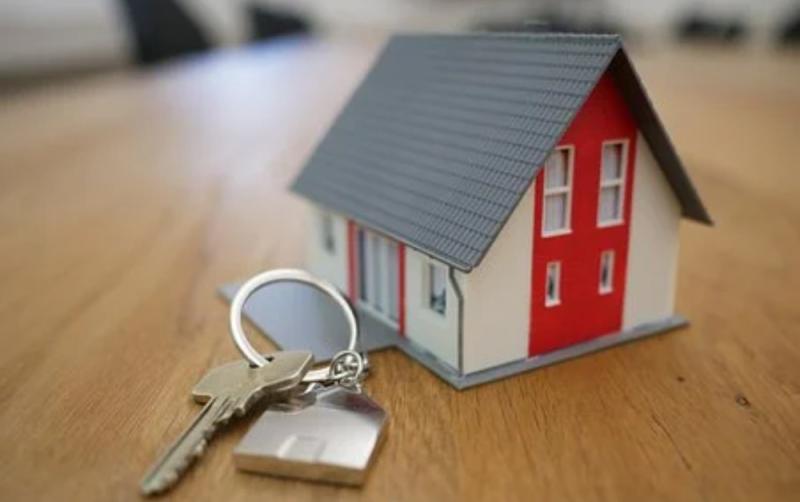 According to the latest Rental Report by Daft.ie, nationwide rents in the third quarter of 2021 were an average of 6.8% higher than the same period in 2020.

The Daft Report said the average monthly rent nationwide between July and September was €1,516, which was up 2.6% on the first quarter and more than double the low of €742 per month seen in late 2011. 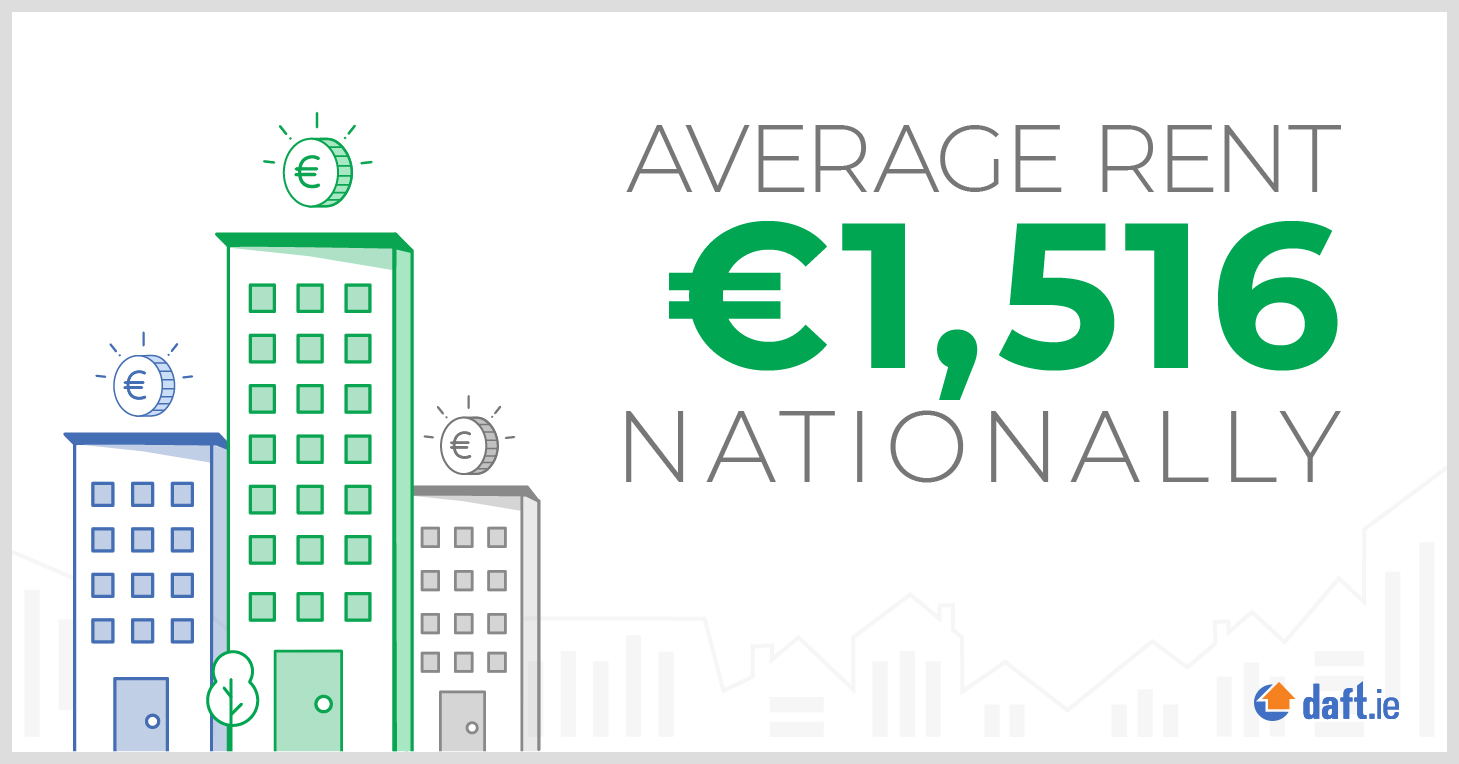 The increase in rents around the country reflects an 'ongoing and unprecedented scarcity of rental homes'.

On November 1, there were 1,460 homes available to rent nationwide, which was at an all-time low since January 2006.

Rents in Leinster are 'nearly 50% higher than Tiger peaks'. 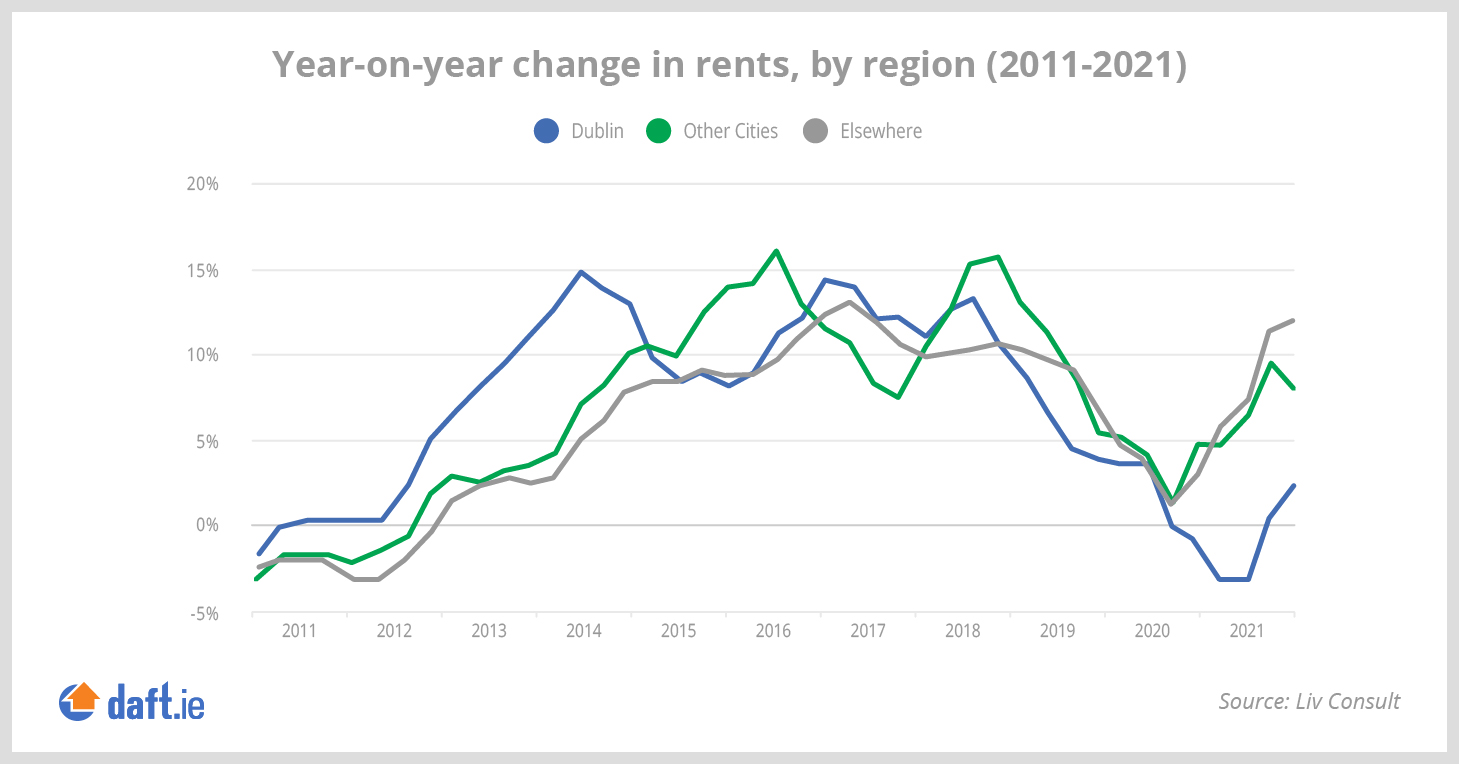 Dublin saw 820 homes available to rent on November 1, which was the 'lowest ever recorded for the city in two decades'.

The stock of homes available to rent in cities is between 70% and 80% lower than a year ago.

Outside of the cities, the availability continued to decrease with just 559 homes to rent.

There is 'record inflation' in Munster with 'stock at record low' as rent spiked to 15.6% year-on-year and reflected a sharp fall in availability with just 170 homes available to rent on November 1.

This was down 40% compared to a year ago.

Waterford City saw rents soar by 10% in the last year and Limerick City saw an 8.9% spike in rental prices. 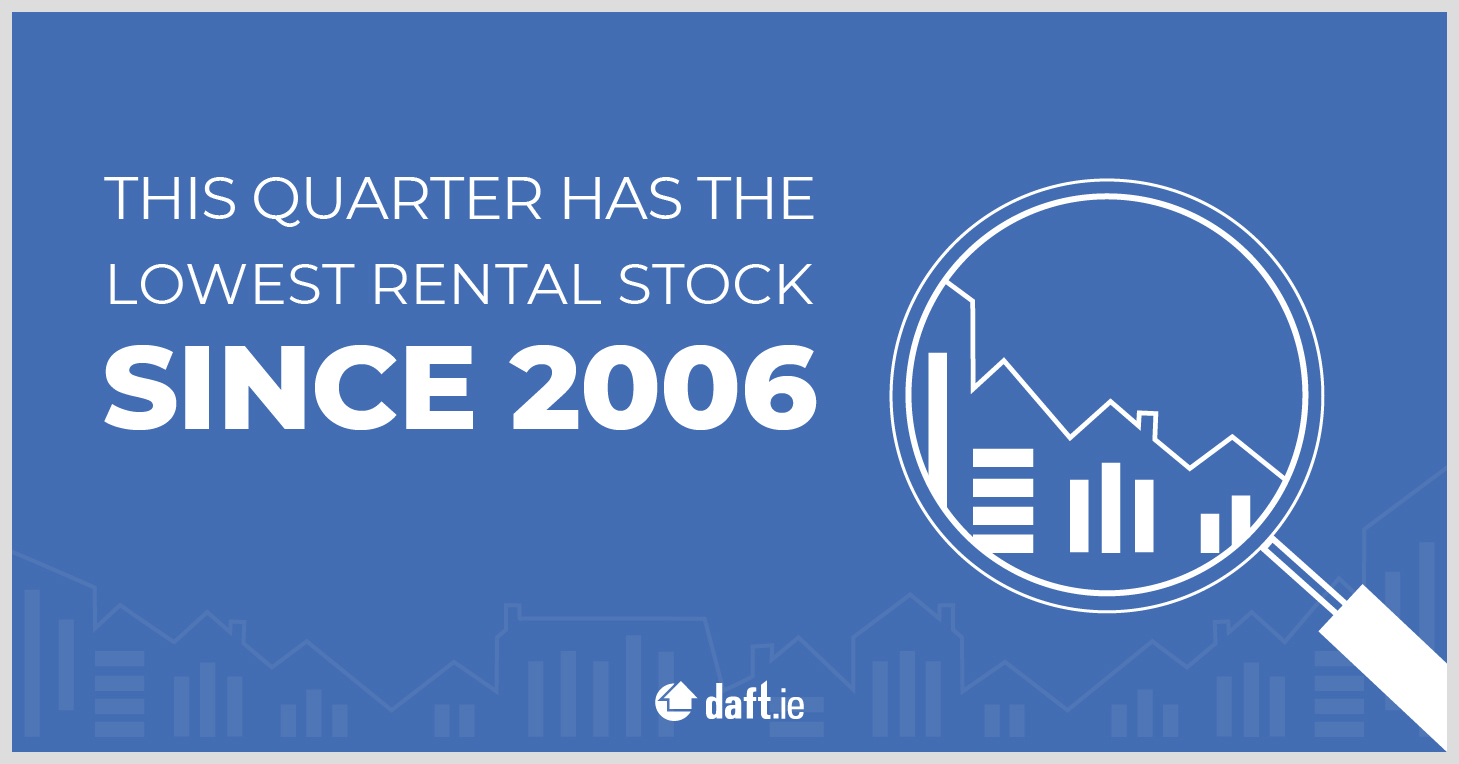 Economist at Trinity College Dublin and author of the Daft Report, Ronan Lyons said Covid-19 temporarily reshuffled Ireland’s rental problems but the latest figures confirm those problems of shortages are getting worse over time.

Mr. Lyons said: "While some argue against the construction of large numbers of purpose-built rental homes, any solution to the chronic shortage of rental homes in Ireland must include building new ones.

"In this regard, the pipeline of almost 45,000 new build-to-rent homes – while concentrated in the Dublin area – is particularly welcome.

"More than 50,000 more rental homes have been proposed. Their construction would help improve the availability and affordability of rental homes, something for policymakers and planners to consider."

The full Daft report can be read here