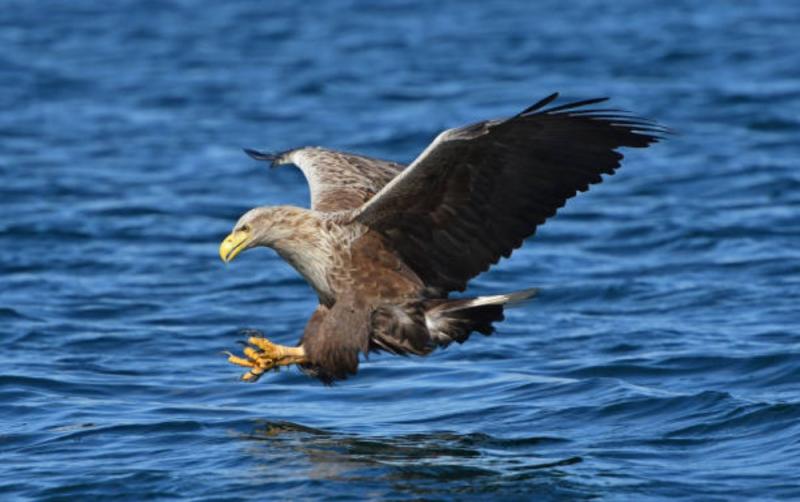 A confirmed case of avian influenza (H5N1) has been detected in a rare white-tailed eagle in County Kerry.

The Department of Agriculture, Food, and the Marine confirmed the rare bird's diagnosis in North Kerry yesterday.

The eagle was submitted to the Veterinary Laboratory in Limerick as part of the avian influenza surveillance programme.

Last week, it was revealed that a peregrine falcon in Galway had contracted avian influenza (H5N1).

Minister for Agriculture, Food and the Marine, Charlie McConalogue said it was 'unfortunate' and paid tribute to the Department of Agriculture's wild bird avian surveillance scheme.

"I would urge that flock owners should be watchful. We should do everything that we can to ensure that potentially-infected wild birds do not have contact with domestic flocks." added Minister McConalogue.

Minister of State for Heritage, Malcolm Noonan said the confirmation of avian influenza cases were 'very concerning' and asked the public not to 'handle any dead birds'.

He added: "There is the immediate issue of the direct impact on birds generally, and also, there may be issues arising that impact on birds of conservation concern, including those being re-introduced to the wild under projects such as the flagship White-Tailed Sea Eagle Re-Introduction Project."

The Health Protection Surveillance Centre confirmed that no cases of the avian influenza virus have been confirmed in humans worldwide and the risk is considered low.

The Department advised Flock owners to remain vigilant for any signs of disease in their flocks and should report any disease suspicion to their nearest Department Veterinary Office.