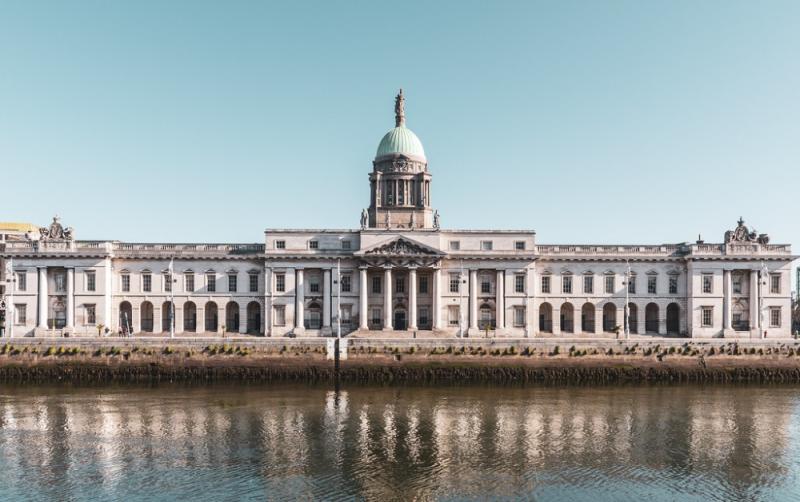 A new visitor experience has been launched at Dublin's Custom House on the week that marks the 230th anniversary of the original opening of the Custom House.

The Custom House Visitor Centre will be a 'flagship' visitor experience in the city and will feature 'new and interactive exhibits telling the rich history of the building and showcasing its architecture'.

The exhibition 'flows and develops chronologically using each space to tell a chapter in the story, taking visitors from Dublin in the late 1700s through to the 21st century and giving them the unique and authentic experience of being inside the walls of one of the city’s most iconic buildings'.

The exhibition is fully re-imagined and was created by award-winning designers whose previous work includes exhibitions at Killarney House and Dublin Castle, with contributions from leading Irish historians and academics, and showcases a historical journey that spans over 200 years.

The building was targeted and burnt by the IRA on May 25, 1921, which was a significant action of the Irish War of Independence.

"The government of the independent Irish state resolved to restore the building, completing these works by 1928. It is fitting that we pay tribute to the rich history of this fine building, and honour it with a modernised exhibition." he added.

"Bringing Dublin’s story alive in such an authentic way will entice domestic and international visitors to visit Dublin, to explore the city, and stay for longer for many years to come." added Mr. Kelly.

The exhibition shows how the building witnessed momentous events in Irish history, from the 1916 Easter Rising to the birth of the Irish Free State and eventually the Republic of Ireland, and the history is brought to life through audiovisual interpretation and artifacts from the period.

Additional information can be found here.