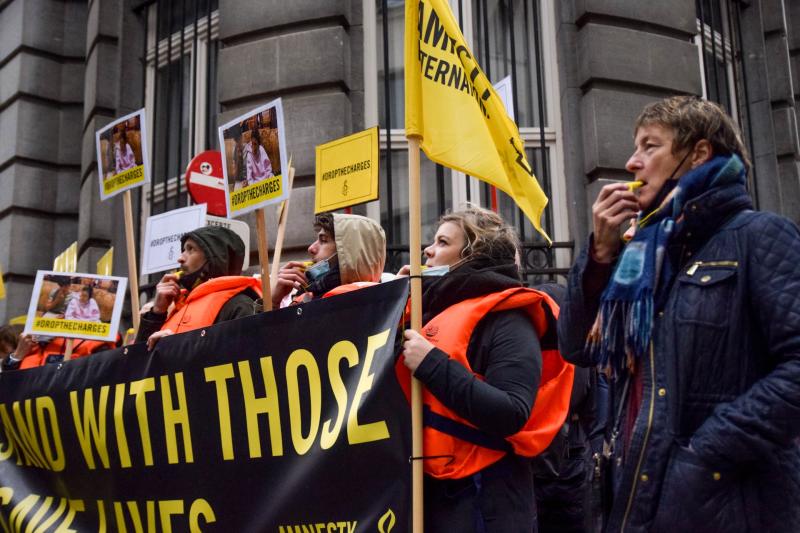 Irish MEPs are calling on the Greek government to drop criminal charges levied against a search and rescue volunteer from Ireland.

MEPs Ciarán Cuffe and Grace O'Sullivan were joined by Amnesty International at a protest in Brussels yesterday (November 16th) to show support for humanitarian workers including Seán Binder from Castlegregory in County Kerry.

Seán and other volunteers are accused of alleged espionage and human trafficking, among other allegations, and are expected to be tried tomorrow (November 18th) in Lesbos.

According to the Independent, he was arrested on the Greek island in 2018 while volunteering for Emergency Response Centre International and spent 100 days locked up before being released on bail.

Over 70 MEPs have signed an open letter drafted by Ms O'Sullivan in defence of the volunteers, who reportedly face a possible 25 years in prison.

Ms O'Sullivan commented on the situation from Brussels and said, "Seán and his co-accused stand accused of one thing: showing humanity to those fleeing places of inhumanity and terror. This is not just the right thing to do, it is international law. Those in distress at sea must be rescued and rescue workers must be protected."