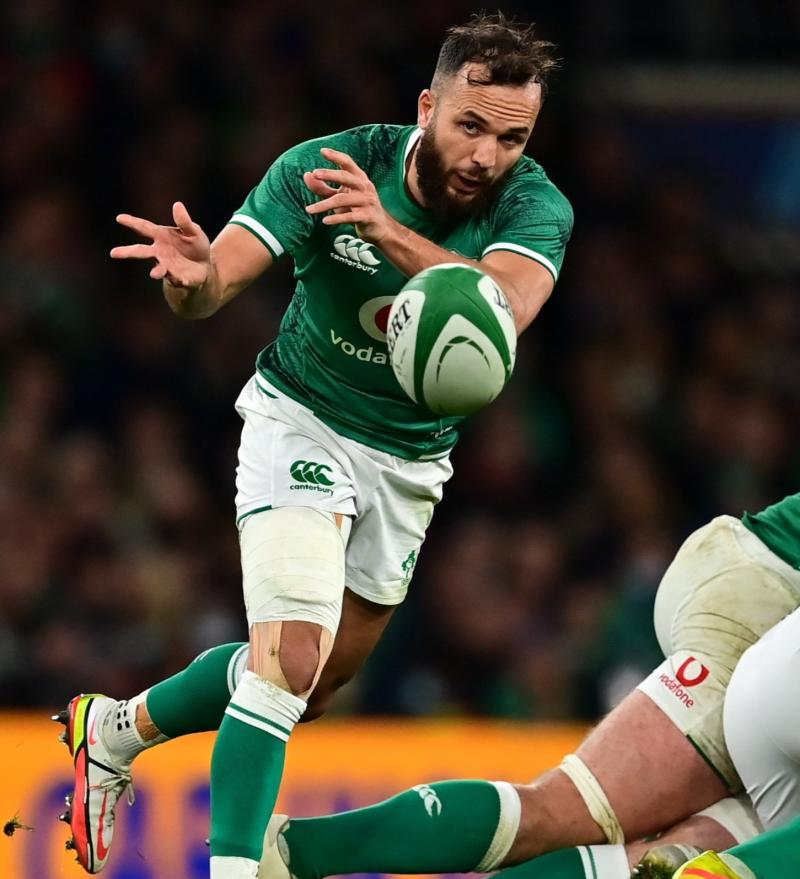 THE IRFU confirmed this Wednesday that scrum-half Jamison Gibson Park has been ruled out of the final game of the Autumn Nations Series against Argentina at the Aviva Stadium this coming Sunday, 2.15pm.

Gibson Park started for Ireland in last week's stunning victory over the All-Blacks and was replaced late on by Munster Rugby scrum-half Conor Murray.

However, the IRFU revealed earlier today that Gibson Park has a thigh injury and Luke McGrath has been called into the squad to provide additional scrum-half cover.

James Ryan will take on the captain's role in the absence of the injured Johnny Sexton, who twisted a knee and ankle in the win over New Zealand.

The IRFU announced on Tuesday that Munster Rugby back-row Gavin Coombes has returned to the Ireland squad ahead of Sunday's final Autumn international series clash with the Pumas.

Coombes missed out on being involved in Ireland's stunning 29-20 victory over New Zealand on Saturday through illness.