Contempt of court proceedings against Garda Commissioner struck out 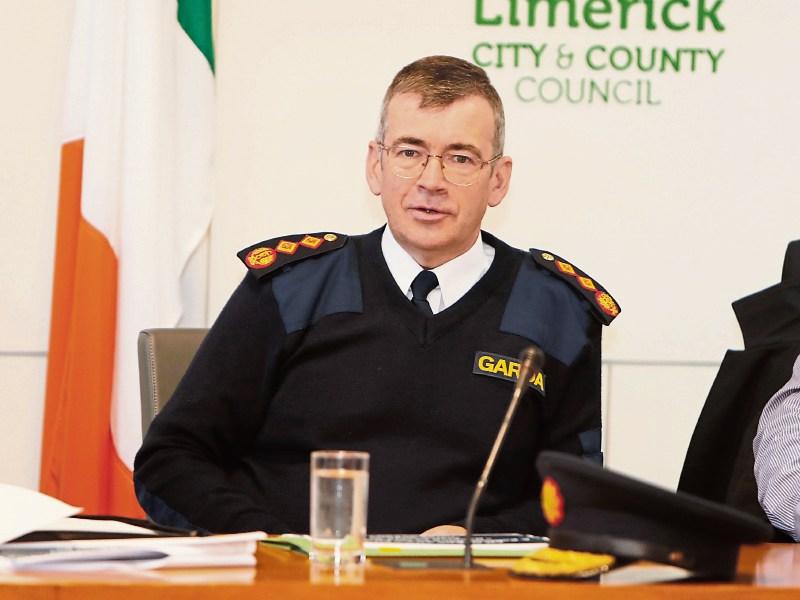 High Court proceedings alleging that the Garda Commissioner Drew Harris was in contempt of a court order regarding the assessment of a Detective Garda's injuries have been struck out.

The matter was struck as part of the overall settlement of a High Court action brought by Detective Garda Aidan Bracken against the Commissioner arising out of the classification of the detective's injuries.

He claimed that he suffered psychological injuries in the course of his duty following threats to his life by criminals he had help bring to justice.

Last week, Mr Justice Charles Meenan allowed the detective's lawyers bring a motion against the Commissioner over an alleged failure to comply with a court order made last August.

That order, which was made following the resolution of an action brought by Detective Bracken, required the Garda Commissioner to conduct a fair assessment of injuries the Garda claims he suffered when performing his duties.

The assessment was to be carried out by that Garda's Chief Medical Officer.

However, Detective Garda Bracken's lawyers claimed the order had not been complied with and initiated contempt proceedings.

The Commissioner's lawyers opposed the application to bring the contempt motion and argued that progress was being made in the matter.

When the matter returned before the Judge on Monday John Kennedy SC for Detective Bracken, said that the entire matter had been resolved.

As part of the settlement, counsel said that it had been agreed that the court can make an order stating that the Detective be classified as having sustained his injuries while carrying out his duties, commencing from July 2015.

Various costs orders were also made in the detective's favour.

Counsel said that following the resolution of all matters his client wished to express his thanks to the court.

Aillil O'Reilly SC for the Commissioner said that the orders could be made on consent, including one striking out the contempt proceedings against his client.

Mr Justice Meenan welcomed the settlement of the action and expressed the court's gratitude to both sets of lawyers involved in the cases.

The court previously heard that arising out of his injuries the detective had brought four different sets of proceedings against the Commissioner, all of which were resolved in the Garda's favour.

Represented by John Kennedy SC, appearing with Rory Kennedy Bl and solicitor Eoin Powderly Garda Bracken,  had earlier this year resolved a challenge he brought against the Commissioner's decision that the detective was not injured on duty and classified him as having an ordinary illness.

He claimed that the decision, which had a serious adverse effect on his entitlement to sick pay, and benefits, was flawed and should be set aside.

Last August Detective Bracken, who had over 20 years in the Garda, resolved that action.

The parties agreed that the court could make various orders including one quashing the decision to classify his injuries as an ordinary illness.

It also ordered that the detective undergo a fresh assessment by the Chief Medical Officer, and that he be paid a Temporary Rehabilitation Remuneration, until matters have been finally determined.

The court previously heard that detective claims he suffered psychiatric injuries while performing his duties as a Garda when investigating criminal gangs.

The Garda, who worked in the Co Kildare Division, claims his work resulted in several gang members being convicted and jailed.

However serious and credible threats were made to his life by criminals.

This severely affected his mental health, and he was diagnosed as suffering from conditions including PTSD, the court heard.