Cannabis and cocaine valued at €1.3 million seized by gardai 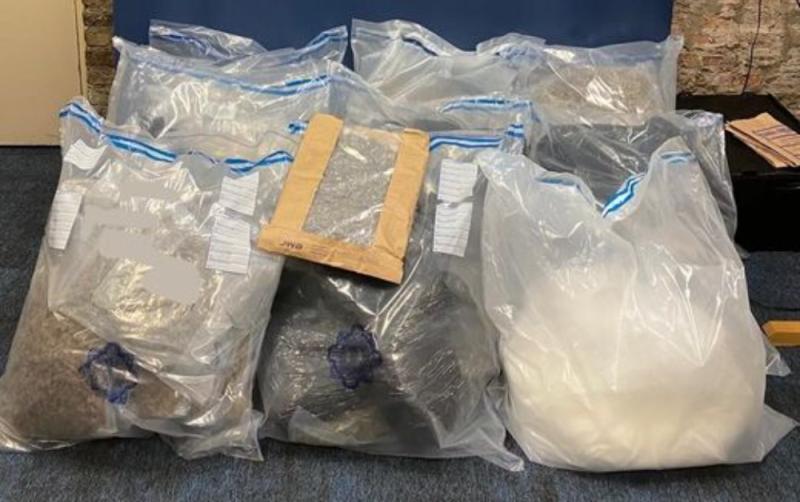 Gardai have seized 66 kilos of cannabis and a small quantity of cocaine with an estimated value of €1,320,000

On Monday evening, November 29, as part of ongoing organised crime investigations targeting persons suspected to be involved in drug trafficking, personnel attached to the Garda National Drugs and Organised Crime Bureau (GNDOCB) and the Special Crime Task Force (SCTF) conducted a search operation of a business premises in West Dublin.

In the course of these searches, 66 Kilos of cannabis along with a smaller quantity of cocaine (subject to analysis) and mixing agent with a value of €1,320,000 was seized.

In the course of this organised crime related operation, two males aged 35 and 36 years, were arrested on suspicion of involvement in drug trafficking related offences, contrary to the provisions of section 15, Misuse of Drugs Act 1977/84.

The arrested males are currently detained, pursuant to the provisions of Section 2 of the Criminal Justice (Drug Trafficking) Act, 1996, at Finglas and Mountjoy Garda Stations.