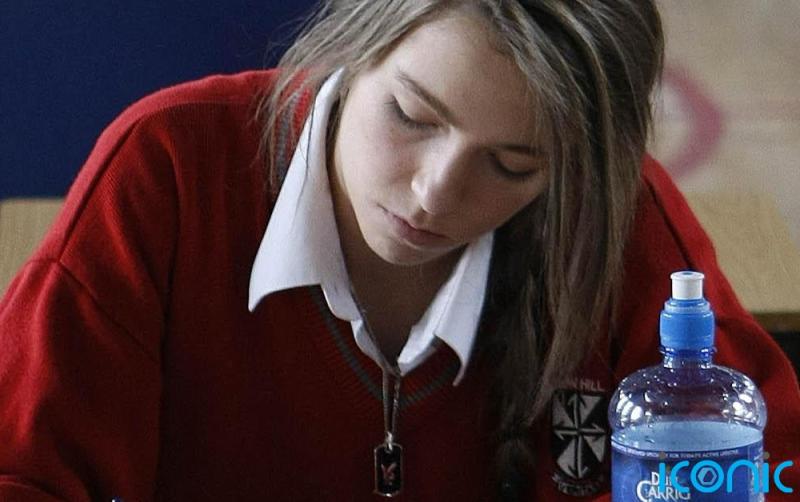 An Oireachtas Education Committee has heard the Leaving Certificate is failing to prepare students for future challenges.

Education experts and business leaders told the committee meeting that a new reformed Leaving Certificate is required due to issues such as climate change, the rise of artificial intelligence and the digitisation of wider society.

TDs and senators also heard that while the problems facing Irish secondary schools have been well-rehearsed, “bold” action is needed to provide solutions.

Young people in education today, the committee was told, will still be working towards the end of this century.

Experts insisted that even if the future cannot be predicted, the education system needs to instil a love of learning and a level of skills that can adapt to a changing world.

“We’re trying to prepare young people, who will still be in the workplace in 2070, 2075, so it’s impossible to predict,” Tony Donohoe, chairperson of the Expert Group on Future Skills Needs, told the committee.

“It is not a precise science. Who would have predicted the pandemic, for example, and its impact on digital skills?”

While all speakers agreed that the pandemic had prompted new ways of thinking about education in Ireland, politicians were told that more radical and carefully considered reform is needed in how students are assessed.

“The calculated grades that happened during Covid, I don’t think they were an ideal scenario,” said Dr Ruth Freeman, director of science for society at Science Foundation Ireland.

“That was an emergency response that we have to take on. So I think it’s important that we don’t judge what a continuous assessment might look like based on that.”

The widely-criticised rote-learning at the heart of the Leaving Certificate was constantly referenced, with many speakers pointing to the need for an end to preparing students solely for end-of-school exams.

Dr Emer Smyth, from the Economic and Social Research Institute (ESRI), told the committee that a focus on exams is having a “significant negative effect” on teaching and learning in Irish schools.

“The exam-focused approach is seen by students, parents and teachers as leading to rote learning, with a focus on memorising material at the expense of authentic understanding and a neglect of the development and assessment of broader skills,” Dr Smyth said.

“Levels of stress tend to escalate in sixth year with students finding their schoolwork even more difficult. Many students, especially female students, report feelings of strain and loss of confidence in sixth year.”

But she warned: “The evident consensus on some of the challenges has not resulted in clear agreement on the alternative.”

Mr Donohoe said the “points race” that defines the Leaving Certificate system is inhibiting the development of key skills in young people.

He told politicians that pupils need to learn digital skills, while also calling for the “embedding of technical decarbonisation and environmental awareness skills across construction, engineering and business subjects”.

He said this would “inform and secure a pipeline of skills into zero carbon economy activities and deliver on Ireland’s climate action commitments”.

He also suggested that a greater knowledge of supply chain management and foreign languages would prove vital in the wake of Brexit.

Mr Donohoe was among those who emphasised that education and business should not be seen in opposition to each other.

“Sometimes, I think we talk different languages between education and businesses. But we are looking for the same thing,” Mr Donohoe said.

He stressed that businesses want students with a life-long passion for learning, which rote-learning can sometimes threaten to extinguish.

He suggested linking “what happens in the classroom to real life”.

“Sometimes it can feel like a parallel process,” he said.

Neil McDonnell, chief executive of ISME – a body representing small and medium-sized businesses – said that “obvious grade inflation” from the accredited grades scheme, where estimated marks were used in response to the pandemic, had “explicitly demonstrated the failures of adopting an ad hoc approach to continuous assessment”.

“This has damaged the credibility of our education system as a whole,” he warned.

Mr McDonnell also warned: “Our determination to open ever more universities in Ireland, at the expense of education in technical disciplines, is worrying.”

He pointed to some evidence of overeducation in Ireland, warning of a “very significant skills mismatch between the output of our education system and inputs required by Irish business”.

Mr McDonnell was highly critical of a system that focused on college and university, at the expense of other routes.

Raising the reforms that have seen institutes of technology converted into technological universities across the country, he said: “That is suggesting that we value the academic but not the technical or the skilled or the trades.

“So I would say to the senators and TDs ‘physician, heal thyself’ there. If you continually say to young people that an academic education and letters after your name is important, you can’t blame people for taking that view when they see points output.”

Later, in response to a question from Fianna Fail TD Jim O’Callaghan, Dr Freeman suggested that Ireland often focuses too narrowly on getting students into university.

“I think there’s an argument to say that schools that have 97% conversion are failing a huge number of their students,” she suggested.

“Because there’s probably many students in that cohort that perhaps are very technical, would do very well through Stem routes, through apprenticeships and other kinds of Stem-type roles.”

“Are we equipping people to even look after their own bodies, once they leave school? she asked.

Meadhbh Costello, a policy representative from employers’ group Ibec, said that employers want an education system that focuses on formative learning with multiple modes of assessment and progression pathways, as well as an emphasis on learning through experience.

“Our experience of Covid has demonstrated the value and importance of digitally enhanced learning both at home and in the classroom. However, it has also brought into stark relief the digital divide that exists between schools across Ireland,” she warned.