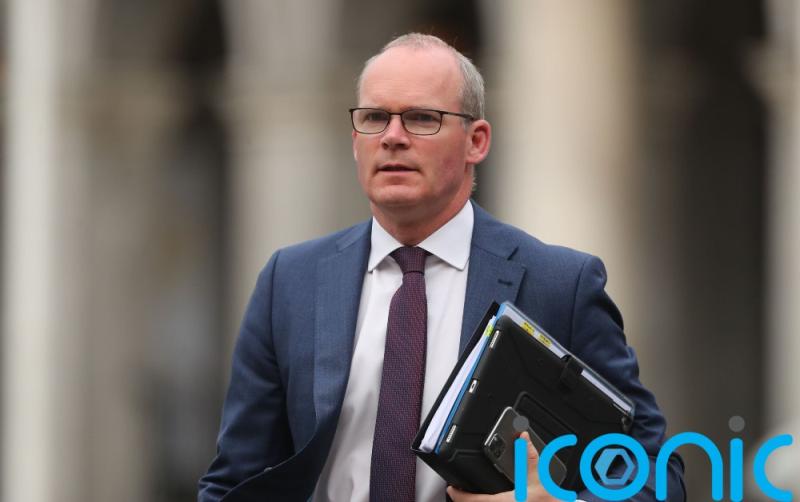 The Minister for Foreign Affairs has said reaching an agreement on the Northern Ireland Protocol before Christmas is "unrealistic".

Simon Coveney was speaking in London ahead of meetings with Brexit minister Lord Frost and Northern Ireland Secretary Brandon Lewis.

He suggested agreement could be found in some areas, such as the flow of medicines into Northern Ireland from Great Britain.

"I don’t think there’ll be a full deal on all issues related to the protocol before Christmas. I think that would be unrealistic at this stage." he told RTE News.

"But I think some things can be agreed this side of Christmas, hopefully, as I say, giving certainty to people in Northern Ireland in terms of the supply of medicines from Great Britain into Northern Ireland."

Talks aimed at resolving the impasse over the protocol are continuing.

The post-Brexit trading arrangements have help to avoid a hard border on the island of Ireland, but have created regulatory barriers in the Irish Sea between Northern Ireland and the rest of the UK.

Mr Coveney called on the EU and the UK to step up efforts to find a solution.

He said: "While that progress is possible, it’s important to encourage both sides to try to find landing zones and compromise positions on important issues, in particular on the guarantee of supply of medicines into Northern Ireland from Great Britain, which is something that I know both teams have been trying to resolve in recent weeks, and hopefully we can make progress on soon.

"Certainly the EU is very anxious to move that issue on, and they believe that they have a solution that hopefully can work for the British side as well."