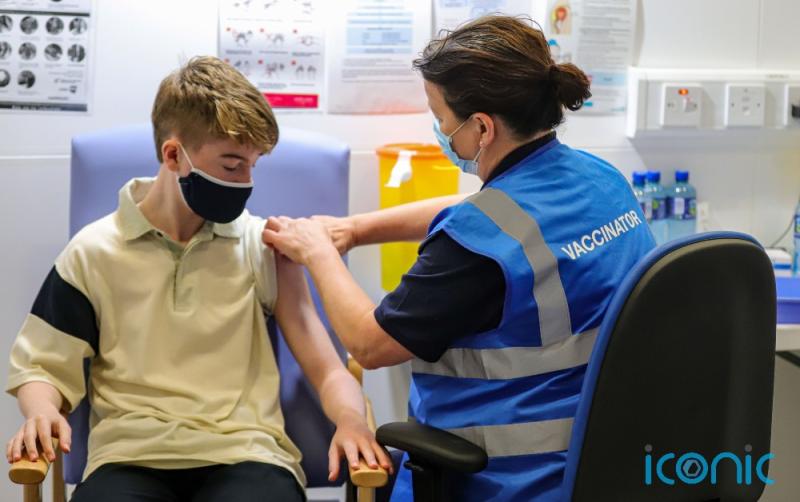 New figures show Covid-19 cases have spiked by 10 per cent in the last two weeks of November.

The Central Statistics Office (CSO) published figures that showed there were 30,243 cases reported in Ireland in the week ending November 26, an increase of 10 per cent from 27,536 in the previous week.

The research also shows that cases among those aged 14 or younger increased by 21 per cent on the previous week and made up 27 per cent of all cases in the week.

Almost one-third of cases were among people aged 25 to 44, while one in 20 were in those aged 65 and over, with cases in the age group 80+ decreasing by 11 per cent on the previous week.

Variations can be seen across counties, with the highest increase in cases noted in Laois, up 28 per cent in a week, while the largest decrease – 27 per cent – was seen in Leitrim.

People aged 65 and over accounted for half of all those admitted to hospital through the whole period of the pandemic so far, from March 2020 to the end of last month.

Men accounted for 52 per cent of those admitted and 63 per cent of admissions to ICU since the start of the pandemic.

Around 16 per cent of reported cases with a record of employment at the end of last month were employed in the wholesale and retail trade, repair of motor vehicles and motorcycles, and 11 per cent in industry.

The CSO stated that cases were generally increasing across all sectors throughout the last two weeks in November, however cases decreased by 13 per cent among those employed in the health and social work sector.

New figures also show there were 29 Covid-19 related deaths, of which 20 were among those aged 65 and older, during the last week of November.