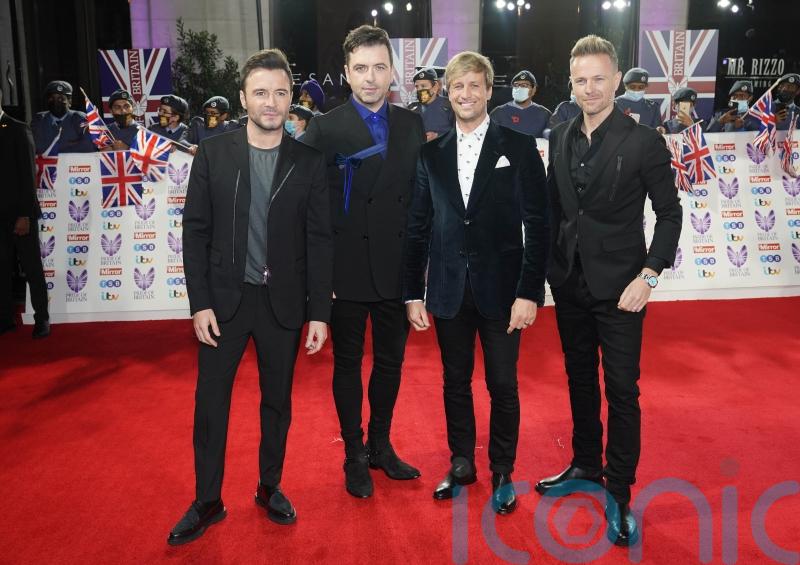 Byrne, 43, found fame with Westlife along with Shane Filan, Mark Feehily, Kian Egan and Brian McFadden. The band disbanded in 2012 after 14 years of success, before reuniting in 2018.

Speaking about the changes he has witnessed since the band’s formation in 1998, including the departure of McFadden, 42, in 2004, Byrne told the PA news agency: “To be honest with you, it’s weird, I think we are actually like two different bands.

“Obviously we’re the same people, and all those hit songs we had in our early years are fundamental to the continuation of our career. However, we had a seven-year sabbatical in the middle of it all and I think we all grew up in that time.

“We got together as kids, we did 14 years straight, we lost Brian after five years, then we had eight years without Brian, people forget that it was such a long time after Brian, that we didn’t stop.

“And then when we broke up in 2012, we literally we looked each other in the eye, and we went: this is it.”

He added: “Then when we were all ready to come back to the band we all had a different approach of how we saw Westlife 2.0.”

Reflecting on the legacy of the band, which has secured 14 UK number one singles and eight number one albums, Byrne looked back on the growth of its fanbase.

“We got back on stage after seven years, and we saw in the concerts in 2019, the people, the fans, also seem to have grown up and enjoyed the break,” he told PA.

“All of a sudden we have lads coming to the concerts, husbands, boyfriends, partners of our younger fans who are now women and boys who are now men. I don’t know how to explain it.

“It’s nearly like a family day out, there are now kids coming to the concerts who have no clue who Westlife are but their parents are bringing them along, there’s lads coming along going ‘never f****** liked Westlife but this is a great night out”. So have we changed? I would say unrecognisably so.”

Looking at the future of the band, Byrne didn’t rule out the use of AI technology, similar to that used by Abba in their current Abba Voyage concert residency and recently praised by Sir Mick Jagger.

He said: “I haven’t seen the Abba show in real life but I’ve seen clips online and it looks phenomenal. I don’t think Westlife are at any stage where we need to consider something like that and we’re also nowhere near the legacy or the level of Abba or The Rolling Stones, but we do keep surprising ourselves.

“I mean we’re doing Wembley Stadium for the first time in our lives… And there is things in time where you go, ‘this isn’t slowing down’.”

Ahead of playing Wembley Stadium for the very first time on August 6 – which will also be broadcast live into cinemas across the UK – Byrne added: “We’re ready for one of the most iconic, if not the most iconic, stadiums in the world.

“We don’t take that lightly because we’ve never done Wembley Stadium. All the things we’ve been through, 23 years, everything from number ones to losing a band member to marriages and kids.

Adding: “We’re leading up to something quite emotional actually.”

Westlife – Live From Wembley Stadium will be broadcast at 8.30pm on Saturday August 6. There will be encore screenings at 3pm in cinemas on Sunday August 7.

For more information and to find cinema locations visit westlifeincinemas.com.