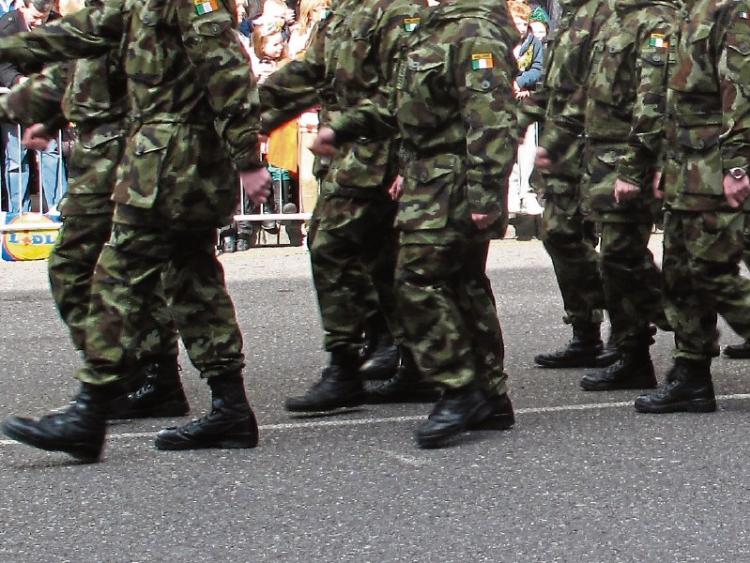 A Co Kildare woman campaigning for the rights of Defence Forces members to get better pay and conditions fears there will be a 'mass exodus from the army' if a leaked document reveals the reality of what is facing serving members.

According to the leaked document, Defence Forces personnel  may benefit by less than €1 per day before tax from increases in allowances aimed at tackling recruitment and retention problems.

Sarah Walshe of Wives and Partners of the Defence Forces, said: "I predict a mass exodus from the army, the loyalty they had to the Defence Forces is being questioned.They have broken any hope that they were holding on, their hope has died.People on low pay  are very dependent on duty allowance, it was  worth €70, now it is  to €20."

She said: "I don't think we have much of a Defence Force left at all, the experienced ones who are not bound by contracts, are going to leave.I got a phonecall from a service soldier who broke down and cried.The duty allowance would have had a huge impact on them, what is making it worse, they are double jobbing, they are trying to do the jobs of other people, because there is not enough members."

There are reports of young recruits who have signed up to contracts that include educational courses, but are paying thousands of euros, to get out of the Defence Forces, and finish before their contracts expire.

The Public Service Pay Commission (PSPC) is recommending to Government a 10% increase in the military service allowance (MSA) paid to most personnel, with a minimum increase of about €350 per year.

According to the leaked report, it is only “considering” restoration of the 10% cuts to other allowances.