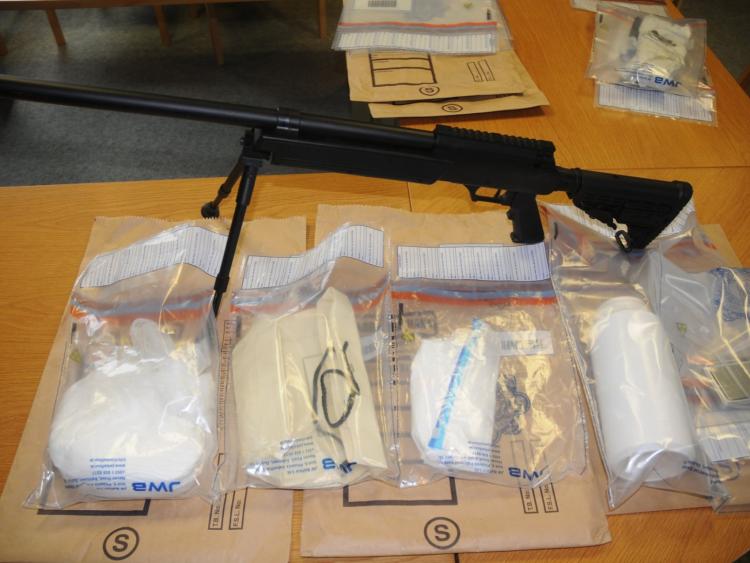 Seizures by Gardaí this morning in Dublin

Gardaí have seized drugs with an estimated street value of €210k and arrested three men during an operation in the North Inner City.

The searches were carried out in Ballybough by Garda units from Mountjoy Garda Station during a planned operation targeting organised crime. A total of eight flats were searched and three cars were seized.

The searches led to the recovery of cocaine and  a mixing agent (subject to analysis) with an estimated street value of €210,000, along with the seizure of cash €6,800, a Rolex watch (valued at €4,500) and small amounts of cannabis. Other items seized included an air rifle, an axe, a Taser, weighing scales and other drug paraphernalia.

The operation was led by the Mountjoy Detective Unit and Mountjoy Community Action Team supported by Armed Support Unit.