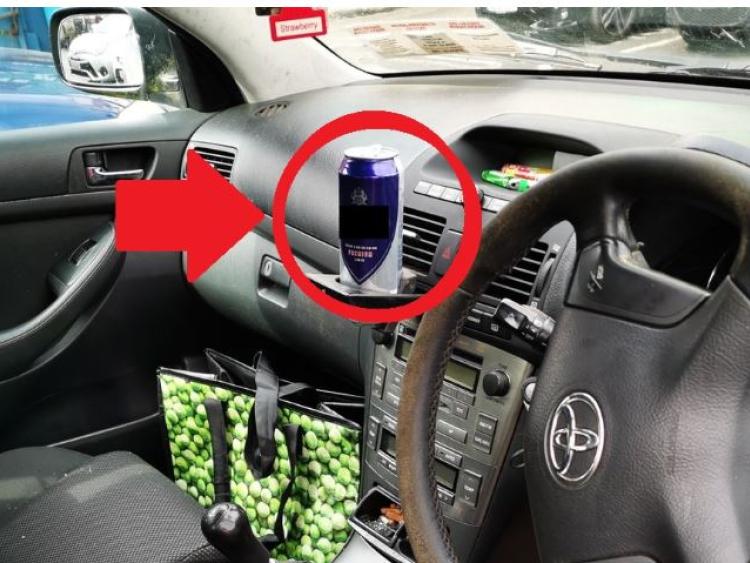 This driver was literally drinking and driving as he had a can of beer perched on his dashboard when stopped by Gardaí.

The suspect was drinking from a can of lager while driving.

It emerged the driver was already disqualified from driving and had no tax or insurance.

The motorist was charged with a number of offences and a court appearance will follow.