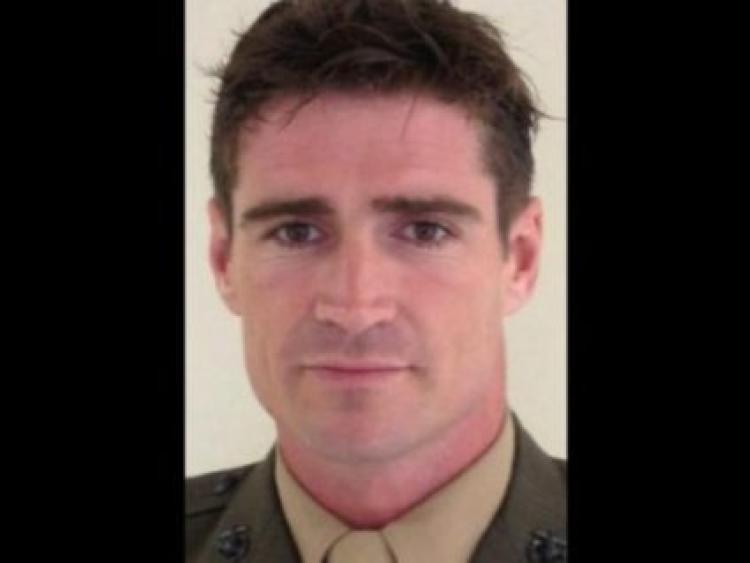 A petition to retain the memorial dedicated to Kildare-born US marine Sergeant Liam Flynn has been signed by 4,000 people and it has been received by the Minister for Agriculture, Michael Creed TD.

Liam Flynn, who was originally from Clane in Co Kildare, was tragically killed along with 10 others in a US military helicopter crash during a training exercise off the Florida coast in 2015.

In recent weeks a petition was created by Sgt Flynn’s friends and family to retain the plaque and memorial in Donadea Forest Park dedicated to the late marine’s memory. Speaking to KildareNow this week, Benny Langan who helped set up the petition said: “We got 4,000 signatures to keep the memorial and we have now sent it to the Minister, so we are waiting on a response from him hopefully soon.” 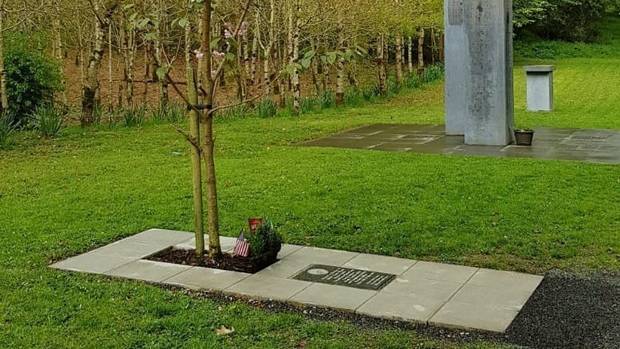 Sgt Liam Flynn emigrated to the US in 2002 and enlisted in the marines in 2006, serving four tours in Afghanistan and Iraq as a special forces marine.

He was 33 years old at the time of his death when the Black Hawk helicopter he was on board crashed due to dense coastal fog, and he was married with a young daughter. Sgt Flynn was buried in Arlington national cemetery in Washington.

It is understood that the Flynn family planted a tree and erected a plaque in his memory near their home in Donadea Forest Park after his death in 2015, as Sgt Flynn had played with friends in the park during his youth.

However, Coillte has said that it did carry out or give permission for the memorial.

In a statement issued to KildareNow, Coillte said: “Earlier this year we received complaints from members of the public in relation to the most recent works carried out at the memorial to the late Sergeant Liam Flynn. The original memorial consisted of a plaque and a tree planted in honour of Sergeant Liam Flynn. In November 2018 the Flynn family chose to add a total of 13 cement slabs which increased the memorial size and prominence within the park.

“Coillte did not carry out, nor give permission for these additional works to be undertaken. As a result of the complaints, our local forest manager has been in close communications with the family members behind the memorial and has made them aware of our policy on this matter.”

Coillte said that it has offered to replace the slabs with a dedicated park bench alongside their existing tree and they asserted that they will continue to work closely with the Flynn family.