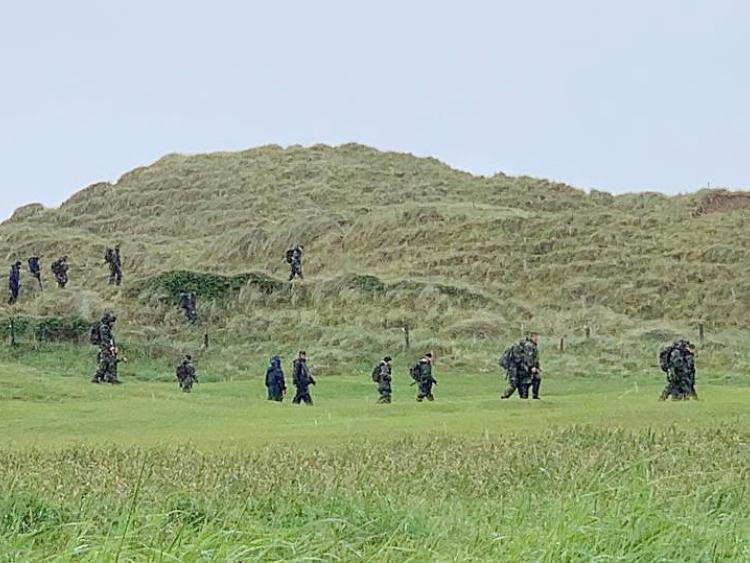 Army personnel on the the golf course

Members of the Defence Forces are making last minute searches around the Trump International Resort in Co Clare before President Donald Trump arrives.

A huge ring of steel has been erected around the five-star resort where the Trump family will stay until Friday.

Around 3km of barriers and 3km of 1.8m-high fencing have been put in place for the visit, according to RTE.

Around 1,500 gardaí have been drafted in throughout the area for three days.

Officers have been deployed from western, southern, south eastern and Dublin region and are being supported by approximately 500 members attached to specialist units.

Members from the emergency response unit, armed support, public order, water unit - including sub aqua divers - air support, roads policing escort and the telecommunications unit are all in place for the presidential visit.

Some 16 dogs and 10 horses have also been deployed.

Approximately 8,500 meals have been prepared for each day of the visit for gardai, along with 40,000 bottles of water.

A temporary strategic control room has been installed at Shannon Garda Station with a back-up facility at Ennis station.