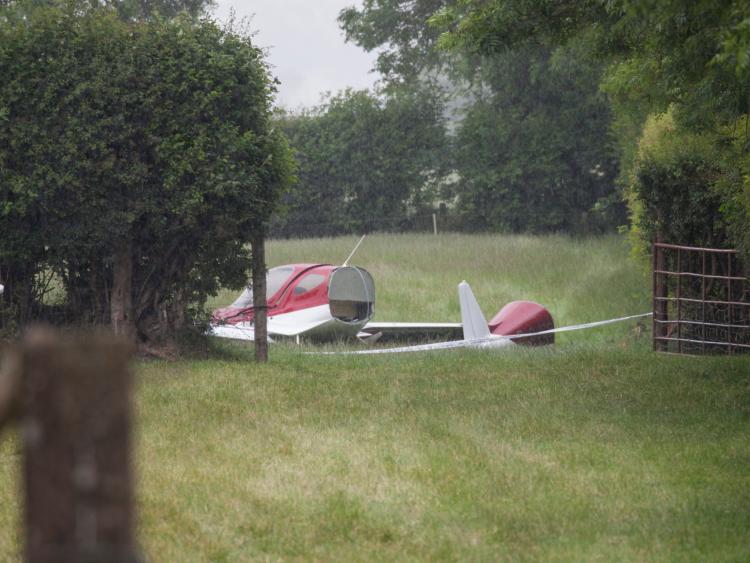 The scene of the crash

Two men who lost their lives in a light aircraft crash on Thursday evening near Athy have been named locally.

Aidan Rowsome (58) from Kildare town and James Price (70) from Ballinteer in Dublin were on board a single-engine aircraft that had taken off from nearby Kilrush airfield at 7pm that evening. The alarm was raised when the men failed to return.

Wreckage of the plane and the deceaseds' remains were found in Belan, Moone, which is near the airstrip, early on Thursday morning after a search involving the coastguard. Air Traffic Control had last identified the plane as being in that area some 20 minutes after it took off.

The men's bodies were removed to the mortuary at Naas Hospital, and the plane wreckage will undergo examination by the Air Accident Investigation Unit. It may take up to a year before a report on the fatal incident is ready.